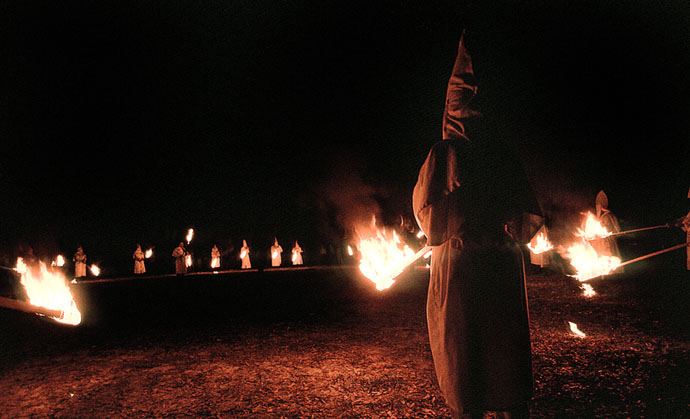 The Ku Klux Klan is alive and well, it seems, only apparently under new ownership. A black woman from Georgia has been implicated in a string of terroristic threats from the traditionally all-white organization, aimed at other black residents in her neighborhood.

It is just the latest case of an overzealous leftist actually manufacturing hate crime, just like Jussie Smollett, the actor who engineered a fake hate crime attack against himself.

According to Insider, police said Terresha Lucas, 30, placed notes in neighbors’ mailboxes in the Brookmont neighborhood of Douglasville at least five times between December of 2020 and March of 2021, threatening to burn down their homes and kill them.

All the recipients of the notes were also black. The messages discussed hanging people and killing children, according to local news outlet CBS46.

Lucas showed no lack of creativity and imagination, describing herself to her “victims” as a 6-foot-tall white male with a long red beard, police said.

Detectives worked the case by viewing doorbell camera video and talking to residents.

Lucas went a note too far in September, placing another missive on Labor Day, Sept. 6. Detectives found evidence linking it to Lucas’ house, though they were not specific. Armed with a search warrant, authorities and found more evidence linking the KKK wannabe with the notes.