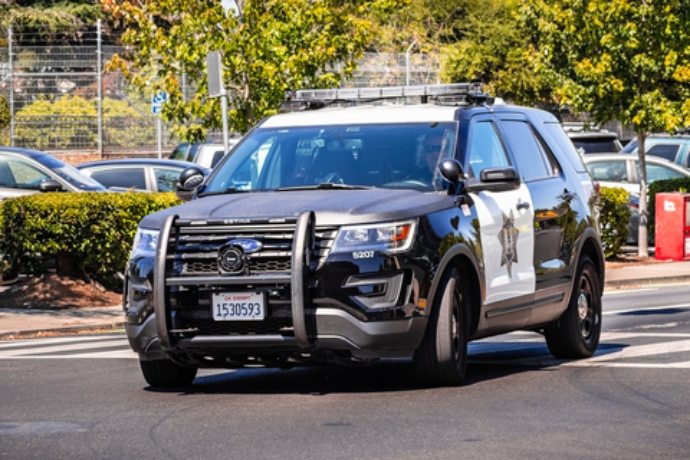 Five officers of the Palo Alto, Calif. police department are proving that getting offended and “triggered” can work both ways: They are suing the city over a Black Lives Matter mural painted on the pavement right across from the city hall and police station.

The massive mural, just under 300 feet long, spells out the words Black Lives Matter and features the likeness of cop killer Assata Shakur, convicted of the 1973 killing of a New Jersey state trooper.

A number of officers who work out of the police station in the Silicon Valley town have complained of feeling “harassed” by the presence of the mural, according to FOX station KTVU.

“Is there any description other than a hostile work environment?” the National Police Association said in a statement.

“Officers, including (the five) Plaintiffs, were forced to physically pass and confront the Mural and its offensive, discriminatory, and harassing iconography every time they entered the Palo Alto Police Department,” reads the lawsuit, filed on June 4.

The mural was created last June amid media hysteria, protests, looting and violence after the police-involved killing of George Floyd. It was originally intended to be on display for a year, but was gone by November.

After she was convicted in the death of State Trooper Werner Foerster, Shakur escaped prison and fled to Cuba, where Fidel Castro gave her political asylum. She was never caught and remains on the FBI’s Most Wanted list to this day.