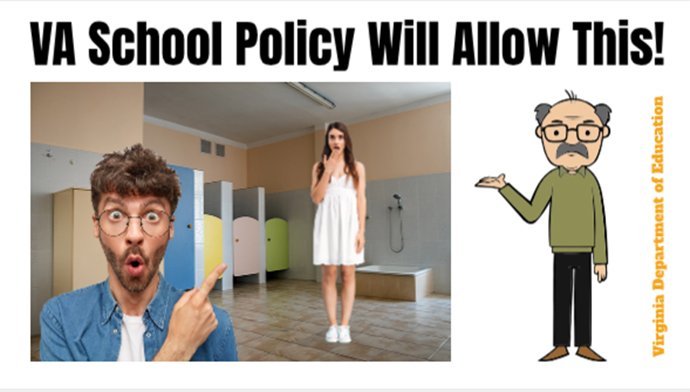 On Wednesday, the Lynchburg Circuit Court in Virginia held a hearing on two legal motions regarding the state’s “Model Policies for the treatment of transgender students in Virginia’s public schools.”

The transgender policies are scheduled to go into effect at the beginning of the 2021-2022 school year.

Presiding Judge James F. Watson first heard arguments brought by the Virginia Department of Education that the plaintiffs did not have legal standing to bring the lawsuit.

The VDOE argued that the two organizations that are suing to stop the policies, Christian Action Network (CAN) and the Founding Freedoms Law Center (FFRC), along with the parents they represent and their children, have not proven they have been aggrieved by the policies.

State law requires aggrieved parties to demonstrate “a denial of some personal or property right…burden or obligation.” It is insufficient to gain standing simply because a plaintiff wants “to redress some anticipated public injury.” Code § 2.2-4026(A)

However, attorneys for the plaintiffs argued that state law automatically grants “aggrieved” status to organizations and individuals if they received unsatisfactory answers to their legal complaints posted during the public comment period before the Model Policies were released.

CAN and FFRC both posted legal complaints before the finalized version of the Model Policies, which went unanswered by the VDOE. According to plaintiff attorneys, the VDOE was required by law to address those legal complaints but chose not to, which gave the two organizations “aggrieved” status to sue.

At no time during the hearing did lawyers for the VDOE explain to the court why it violated its legal requirement to respond to the plaintiffs’ forum comments.

Following arguments on the issue of “standing,” Judge Watson opened the hearing for the plaintiffs’ to present their Intermediate Relief request. This action would place a “stay” on the Model Policies until the court could hold a full hearing on its legality.

CAN and FFRC were presented with the challenge of proving the Model Policies presented an “immediate, unavoidable and irreparable injury” or the “likelihood” of winning the case after a full hearing.

Perhaps the strongest argument for the plaintiffs was that the policies were not “guidelines” for schools to follow but “regulations” that must be followed.

The VDOE argued that the Model Policies was simply a guidance document that schools could either follow or not.

It did not escape Judge Watson notice, however, that the Model Policies specifically state:

“Each school board shall adopt policies that are consistent with but may be more comprehensive than the model policies developed by the Virginia Department of Education.”

Attorneys hotly debated the word “consistent” from both sides.

The plaintiffs argued that the word “consistent” meant schools had to, at the bare minimum, adopt the state’s transgender policies but had the option of adding even stronger language.

The argument was important because the legal requirement for issuing “regulations” is different than for publishing “guidance policies.” For example, public hearings are mandated when issuing regulations. However, the VDOE did not hold public hearings during the development or writing of the Model Policies.

Plaintiffs argued that they were likely to win on the argument that the policies are regulations, not guidance policies, and should therefore win Intermediary Relief.

After the two-hour hearing, Judge Watson said he was taking the case under advisement and would issue a written opinion on the two motions within the next few days.