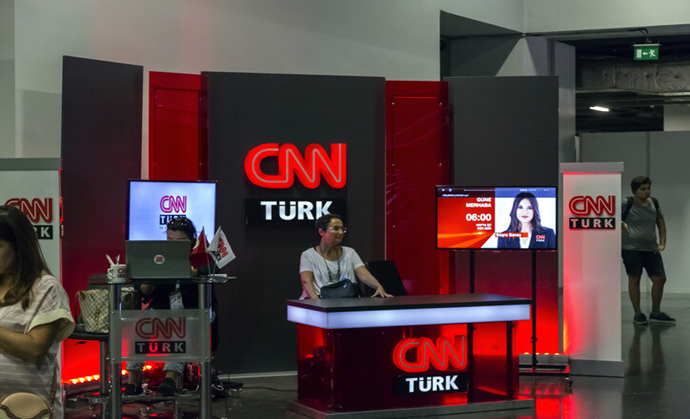 CNN, the empty-headed, Democrat-puppet cable news station always ready to make your airport layover just a little more tiresome, is having to absorb some bad news of its own, The New York Post reports.

And not the fake kind.

As it struggles with the ethical and sexual scandals of its debauched talent, the network’s ratings have also plummeted a massive 90 percent both overall and in primetime viewership in the first week of the new year, averaging just 548,000 viewers during the week of Jan. 3. That’s a huge drop from the nearly 2.7 million viewers it had during the same week in 2021, according to Nielsen.

The 2021 ratings were bumped up by the liberal “news” network’s coverage of the Jan. 6 march on the U.S. Capitol, which gave CNN its most-watched day since Ted Turner started the network in 1980. On the one-year anniversary of the protest, however, viewers opted for rival FOX News and drove it to first place in the ratings.

High-profile scandals at CNN have included the firing of primetime anchor Chris Cuomo, who like any good newsman was secretly helping in the defense of his also-scandal-plagued older brother, former New York Gov. Andrew Cuomo. The elder Democrat’s cringe-inducing sexual harassment allegations resulted in his resignation in 2021.

CNN “star” Don Lemon, who hosts a 10 p.m. show that followed Cuomo before he was fired, is embroiled in his own ethics scandal. “Empire” actor Jussie Smollett, on trial over an obviously fake racial attack in Chicago that Smollett concocted to make himself look like a victim, testified in court that Lemon tipped him off in a text message that police did not believe his story about being attacked by white Donald Trump supporters on a frigid night.

Lemon is also being sued by bartender in the Hamptons who claims the gay anchor rubbed his own genitals and then shoved his fingers in his face in 2018. Lemon has denied the bartender’s allegations. Despite a record year in 2021, CNN’s viewership plunged as the year went on. According to Nielsen CNN has suffered an 83 percent year-over-year drop, based on 4.2 million total primetime viewers during the first week of 2021 and only 705,000 last week.