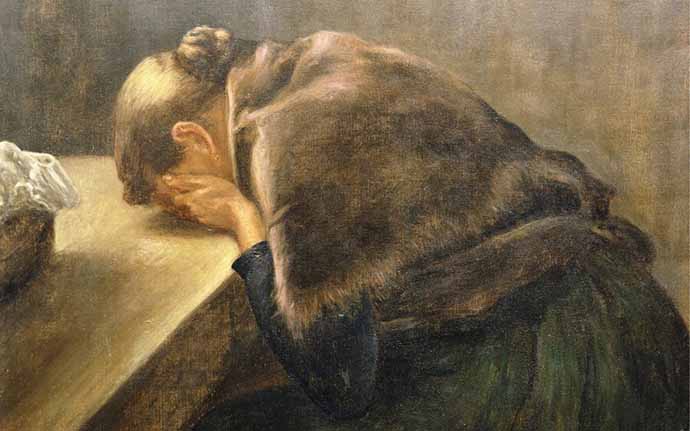 As Christians it is difficult for us to avoid the question: Is the coronavirus an act of God intended to punish nations and people for their disobedience of His laws, their outright rejection of His supremacy?

We know for certain that God has the power to shatter His enemies:  “Your right hand, O Lord, shatters the enemy.” (Exodus 15:6)

But if God is shattering His enemies, why are those who love God suffering as well?

Did God plan or invent COVID-19? Is this God’s wrath?  Or is this just a freak accident, a lab experiment gone wrong, or a cruel twist of nature?

It seems highly unlikely that God would design, manipulate or create a disease to sicken millions, kill hundreds of thousands and cause irreversible harm to billions more.

But if we are sure that God did not create the coronavirus, then we must also acknowledge God did little or nothing to stop the deadly disease from spreading. This pandemic not only condemned hundreds of thousands to death, but has also resulted in staggering job losses, mind-boggling corporate bankruptcies, shortages of basic goods and services, the collapse of the entertainment industry, the closure of houses of worship, and a loss of rights, liberties and freedoms throughout the entire world that is unparalleled in its suddenness as well as its scope.

The impact of coronavirus has gone beyond the gut-wrenching anguish of seeing loved ones near death or dying. Everyone has suffered from this disease whether they have physically contracted it or not. No one — no one anywhere — has truly been immune to the coronavirus. We have all been hurt by it in some way or another.

Surely something as cataclysmic as this illness, on such a global scale, must indicate the Hand of God at work somewhere, somehow or some way.

So where was (or is) God in this drama? A recent survey found that 60 percent of Americans believe God has been trying to make a statement.

It is part of our human nature to want a simple answer, something bite-size, preferably no longer than a Twitter post.

This short answer is that humanity is witnessing God lifting his mighty hand of protection from the world.  Why?  Because for decades now mankind has been steadily choosing evil over His laws.  Not only has mankind progressively been rejecting God as “ruler of all the earth” (Ps. 97:9); they have also been rejecting God in their personal lives.

The more people reject God and allow evil to spread unchallenged, the more God will withdraw His protective hand from steadying the earth and stopping plagues, mayhem, wars, human degradation, tragedy and the expression of evil.  As a result, the good suffer along with the evil, just as all Egyptians both good and bad suffered under the plagues when Pharaoh rejected God’s command.

The Earth is like the motor of a car: It is a combustion engine that is harmless and productive as long as it is maintained, cared for and not allowed to go beyond the laws of science and nature.  If the engine ever becomes corrupted, corroded, impaired or compromised, however, or if it is used for things not within its capabilities, it will break down, lock up, spit out deadly fumes or possibly catch fire.

It could even fly to pieces.

God is the master mechanic of the Earth, the chief technician who keeps the engine running and mostly safe.  He is also the mechanic who is ready when things erupt into fiery, deadly and unpredictable chaos.

“When the Earth and all its inhabitants shake, I am the One who steadies its Pillars.” (Ps. 75:3)

Without the Hand of God, mankind would quickly succumb to Earth’s violence, bloodshed, disasters, disturbances and deadly outbreaks.

This is because the Earth lives under a curse: the curse birthed when Adam sinned and ate from the forbidden tree. (Gen. 3:17)

Had it not been for the Hand of God, this curse would have been tragically unleashed and completely unrestrained.  Nothing unleashes that curse better than mankind sinking into corruption and violence, as was made evident in the days of Noah.

“The earth also was corrupt before God, and the earth was filled with violence.” (Gen. 6:11)  The keyword here is filled.  There was no more room for corruption and violence in Noah’s days. As a result, God raised His hand and the skies opened up and brought such torrential rain upon the Earth as to wipe out nearly all living things.

The more the world sinks into sin, lawlessness and apostasy the more quickly we race toward the unleashing of that curse, that death.

God holds the Earth, every nation and every person together through the power of His Word.  That Word is Jesus Christ.  Our lives are under His love and protection, whether we are good or evil, through the power of that Word. As Jesus stated in Matt. 5:45, “He causes His sun to rise on the evil and the good, and sends rain on the righteous and the unrighteous.”

While evil may benefit from God’s blessings in the simple things of life, such as rain and sun, there’s a special promise made to His chosen.

“For you will go out with joy and be led forth with peace; The mountains and the hills will break forth into shouts of joy before you, And all the trees of the field will clap their hands.” (Is. 55:12) God controls the curse and its potential to destroy.  It can either clap it hands or erupt into volcanic fire.

We know from many Biblical examples that God blesses nations and people who exalt God in their lives.

Just as God’s Hand can descend to protect and bless a people or a nation, God’s Hand can also pull back and allow disasters, disease, war, evil chaos and anarchy to reign and consume our lives and our nation.

The choice is simple:  Either we allow God to reign over us or the curse will plague our lives.

When we see riots in the streets, anarchy in cities and senseless killings over parking spaces, mothers and fathers torturing their children to death, people being randomly shot in killing sprees, we are watching the plague inside man’s heart being carried out.

A plague is not just a contagious disease.  An examination of the Ten Plagues of Egypt finds only two plagues that were diseases (and that assumes the final plague that killed all the first-born of Egypt was a disease).

If we are a nation that exalts God and we live according to His principals and laws, then God’s protective hand will remain upon us and suppress (but not entirely eliminate) these plagues and outbursts of evil.

“Blessed is the nation whose God is the LORD, The people He has chosen as His own inheritance.” (Ps. 33:12)

If we do not, the curse awaits us and the Earth will be polluted and devoured:

“The earth also is polluted under the inhabitants thereof; because they have transgressed the laws, violated the statutes, broken the everlasting covenant. Therefore hath the curse devoured the earth, and they that dwell therein are found guilty: therefore, the inhabitants of the earth are burned, and few men left.” (Is. 24:5-6)

Notice that the scripture does not talk about a curse, but the curse, meaning the curse God placed on Earth after Adam’s sin.

So did God create the coronavirus as a punishment for a rebellious mankind? Not likely. But because of man’s rebellion, God perhaps did little to hinder it either. The same can be said for the rioting and anarchy we have been witnessing on our city streets.

Notice, however, where these plagues have had their most deadly and destructive impact: in big cities, where godlessness, apostasy and reckless behavior dominate.

When sin has expanded to its full capacity, God’s hand will be fully withdrawn and only wrath will remain, on both people and nations:

“As a result, they continue to heap up their sins to full capacity, the utmost wrath has come upon them.”  (1 Thess. 2:16)

When leaders break the foundations of God and teach people to do the same, then lawlessness is what they shall reap, along with plagues like wars, diseases, disasters and rampant violence.

This is why King David asked God:

First, we can pray for our fellow man, for our nation and for national repentance.

Just as importantly, though, we need to once again dominate political affairs, schools, culture, courts, media, science and technology, business, academia and much, much more.

If we do not succeed, evil will dominate and God will fulfill the terrible threat he made to King David:

“Upon the wicked he shall rain snares, fire and brimstone, and an horrible tempest: this shall be the portion of their cup.” (Ps. 11:6)

Mr. Mawyer has appeared on such talk show programs as Hannity, Tucker Carlson, FOX&Friends, and many other cable and television news outlets. Mr. Mawyer is the former editor of the Moral Majority Report and has produced numerous documentary films, including “Europe’s Last Stand: America’s Final Warning.”