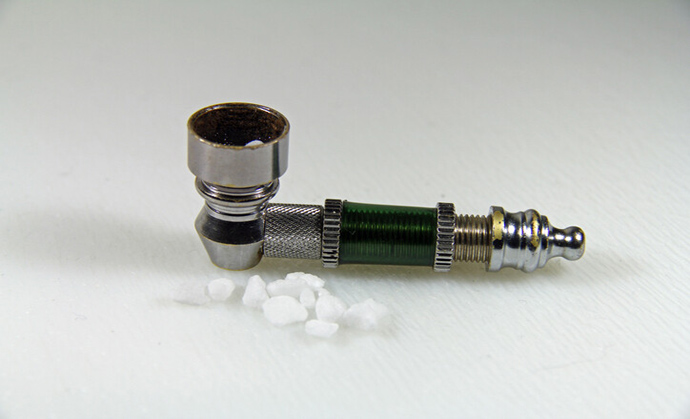 The U.S. government is actively setting up a program in which taxpayer funds would be used to set up vending machines with “safe sex kits,” syringes and “smoking kits” for crack and meth users.

What’s more, the program, described in detail in grant documentation, is being openly touted as a way to advance “racial equity.”

That is, get nonwhite people increasingly hooked on body-, mind-, and life-destroying “drugs.

The $30 million grant program, which stopped taking applications on Feb. 7 and is set to begin in May, will pay nonprofits and local governments to facilitate illegal drug use. A Department of Health and Human Services spokesman told the Washington Free Beacon that the program will provide pipes for smoking crack cocaine, crystal meth, and “any illicit substance.”

HHS said the kits will help make drug addiction a safer, healthier experience, reducing the danger of glass pipes that can break and cause harm to health- and safety-conscious addicts.

Applicants for the money move to the front of the line if they treat a majority of “underserved communities,” including African Americans and “LGBTQ+ persons,” as established under President Joe Biden’s executive order on “advancing racial equity.”

Some background, reported by the Washington Free Beacon:

Democratic-run cities such as San Francisco and Seattle have already handed out smoking kits to residents, and are now known for being overrun with homeless addicts living in tents, committing crimes with impunity, and defecating on public streets. Louisville, Ky. tried allowing convenience stores to sell smoking kits but later banned them, while Maryland ended its distribution program after backlash from local law enforcement and black leaders.

Funding for the “harm reduction” program is provided through Democrats’ American Rescue Plan, which the Senate passed along party lines after Vice President Kamala Harris cast a tie-breaking vote. Equipment that qualifies for funding includes syringes, vaccinations, disease screenings, condoms, and fentanyl strips. The grant program will last three years and includes 25 awards of up to $400,000.