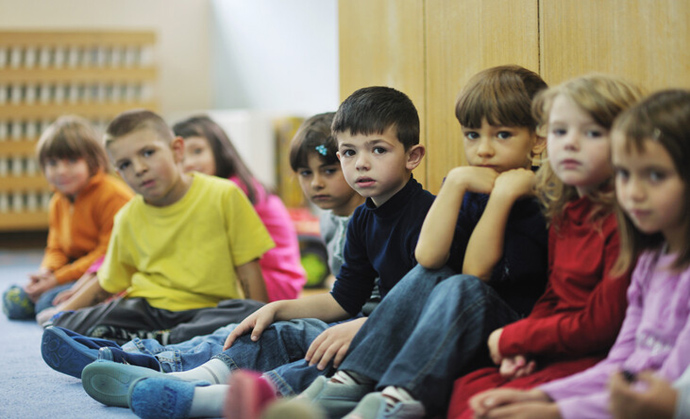 A public elementary school in the Denver area has announced plans to start indoctrinating very young children with leftist propaganda, calling it a “Black Lives Matter at School Week of Action” that includes nearly obsessive attention to skin color and proselytizing to the children about sex, race and even why their own families should be dismantled.

Among other activities, children are also taught to focus closely on their own skin color as well as that of others.

According to the website of the school, called Centennial: A School For Expeditionary Learning, The “Black Lives Matter School Week of Action” will include a two-week “learning and discussion series” revolving around “13 principles of the BLM@School Organization,” reports NEWS4 in San Antonio, Texas.

A flyer about the event, allegedly from Centennial and describing how the 13 “guiding principles” will be implanted in the minds of 5, 6 and 7-year-olds, found its way into the hands of Parents Defending Education (PDE), a nonprofit group that “opposes racial discrimination and political indoctrination in America’s schools.”

It should surprise no one that one of the 13 principles is “Transgender Affirming,” which introduces the little kids to “recognizing trans-antagonistic violence.” Another principle is to foster a “queer-affirming network where heteronormative thinking no longer exists.”

“We’re talking about literally children who hide their teeth under their pillow, and who crawl into bed after a bad dream,” said Erika Sanzi, director of outreach at PDE. “I mean, these are like very, very young children.”

“They’re bringing up concepts that are absolutely developmentally inappropriate, and at the very least you would wonder, did parents have a chance to consent to this?” Sanzi asked. “Were parents asked if they were comfortable with their children being exposed to this content — 5 and 6-year-olds?”

“While these topics are big, and ones we’re still learning about as adults, we believe it is never too early to start to talk to kids about race,” the initiative’s FAQ page reads, also asserting that racism can develop in children as young as 2 years.