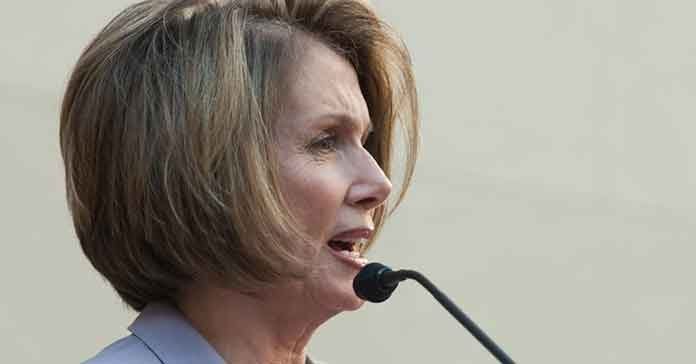 “We have to first pass the bill so you can know what’s in it.”  – Nancy Pelosi

This infamous and insane remark was made by House Speaker Pelosi as the House forced the risky Obamacare debacle on the entire nation – and destroyed our healthcare.  Now she and radical Rep. Adam Shifty Schiff are saying the same thing regarding their impeachment HOAX against President Trump.

They are desperately and secretly trying to find “something” … “anything” they can use to justify impeachment proceedings.  NOT because the president committed “high crimes and misdemeanors” as the only means for impeachment according to our Constitution…

… but simply for having the arrogance to beat their anointed candidate Crooked Hillary Clinton on the 2016 election. And he did it despite their COLLUSION with the Clinton campaign, with interests in Britain, Ukraine, Russia and other nations, with foreign money, massive voter fraud and with total support and propaganda efforts of the lying democrat fake news media.

To them, that is his “high crime”.

But they have to cloud their HATE in some form of “crime” that he has committed.  But so far… they have come up with absolutely nothing. That is why we have yet to hear from their mystery “whistleblower” … or why Republicans have to storm the doors of their secret meeting rooms to find out what they are scheming. Pelosi even halted any impeachment inquiry vote in the House knowing she didn’t have the votes for impeachment.

There was never any “collusion” with Russia (except for their collusion…), nothing in the Mueller Report, no “quid pro quo” demanding Ukraine investigate the Hunter Biden crimes in exchange for foreign aid (as even the liberal, anti-Trump New York Times admitted)… and nothing else, though expect to soon hear of the next “supposed crime” that they will announce, produce lying witnesses and have their lying media ratchet up a foaming at the mouth frenzy.

… now has the distinction of being one a few who have had fellow House members attempt to pass an official Censure and Condemn Resolution because of his LIES since 2016 regarding the fake Russian Collusion HOAX and now the Impeachment HOAX and his illegally leaking of what should be private and/or even classified information just to fee the lying media working with Democrats.

But his supposed mystery witnesses to supposed presidential wrongdoing have been tied to Schiff himself, to the Bidens, to the same Ukraine company that paid Hunter Biden extravagant amounts of money, apparently in exchange for influence with the Obama administration, and it has been reported that Schiff has connections to the anti-America, globalist foreigner George Soros who has invested millions to promote liberal candidates and causes.

FOX News Host Sean Hannity called Schiff a “proven liar” for his constant LIES about the Russian Collusion HOAX and now his Ukraine HOAX… and his constant leaking to the lying media of false information designed to hurt the president.