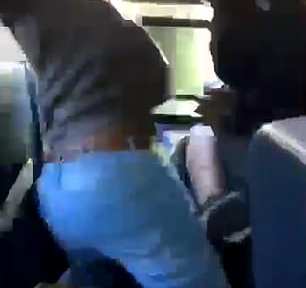 The incident occurred on November 21 in Hamilton County, Florida, and the video first emerged on Thursday after the boy’s family retained attorney Foye B. Walker for possible legal action.

The incident left the boy, identified only as Tyler, hospitalized with head contusions, according to his mother, a Trump supporter who tweets under the handle @AmericanDiaries.

The attorney, Walker, verified in a tweet that the incident occurred on a school bus in Hamilton County, and that he was representing the family. He did not immediately respond to a request for comment from DailyMail.com.

Florida schoolkids go on field trip to gay hangout; school board member says she was proud to attend

Lawyers and Fla. teacher who refused to remove BLM flag get $300,000 payout

Baby, it’s cold outside: NYC moms are getting upset their kids...

Baby, it’s cold outside: NYC moms are getting upset their kids...

As violent mobs grows, citizen militias might be the answer

Is God really in control of this political mess?