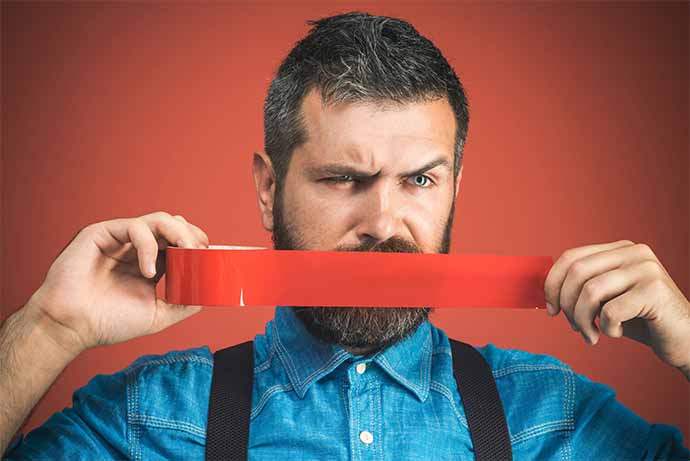 It’s not unusual for Facebook censors to leave a person scratching their head raw over its censorship decisions unless, of course, that person’s pronoun is ze, xim, or they. Conservatives are used to fickle FB moderators messing with their content – labeling it as false, misleading, misinformation or a violation of their vague community standards.

But this one really has me puzzled.

Shortly after posting an image of our newly produced podcast at Christian Action Network, ‘Shout Out Patriots!’, Facebook deleted the photo from our news feed. They also told us we could not ‘boost’ the podcast to our followers. No explanation was given.

What offended them, I have no idea. And I refuse to scratch my head over this because it’s already sore from other Facebook decisions that are never explained.

Last year, we applied for a business account from Facebook during the presidential elections. We went through every laborious step. One of those steps required me to send them a photo of my driver’s license, where they then mailed me a secret code needed to finish setting up the account.

I complied with every step of this three-month-long process. My actual Facebook account even said I completed every step. Still…we were never approved before the November elections. Why? Once again. Who really knows (other than FB employees)? Though one suspects.

But what could be wrong with ‘Shout Out Patriots!’? Did they deem this to be a secret code to start a revolution? Are they now censoring certain words or phrases because they might carry a ‘domestic terrorist’ connotation in their highly imaginative minds?

Look, if Facebook doesn’t want us to post a photo of our podcast to our news feed, fine. It’s their business. And as a conservative organization, we’ll respect their right to dictate how they run it. Let the market decide.

But that doesn’t mean we can’t also criticize the platform for its open, blatant and harsh discrimination against conservative voices.

…they could have deleted the entire post instead of showing a blank image where a photo was supposed to be!

As it stands, who do you think FB users will blame for a pictureless picture in a post? Are they going to point their fingers at FB moderators who actually deleted it? Or are they going to think we employ a bunch of amateurs who don’t know how to put up a posting?

If we were big enough, I’m sure Facebook would return the photo to the news feed. But, of course, they would also issue another famous apology stating it was ‘just an accident’ – which seems to only happen against conservatives.

With so many reoccurring accidents, we must be grateful that Facebook employees are not in charge of running a nuclear facility.

Here’s the podcast Facebook evidently doesn’t want you to see: