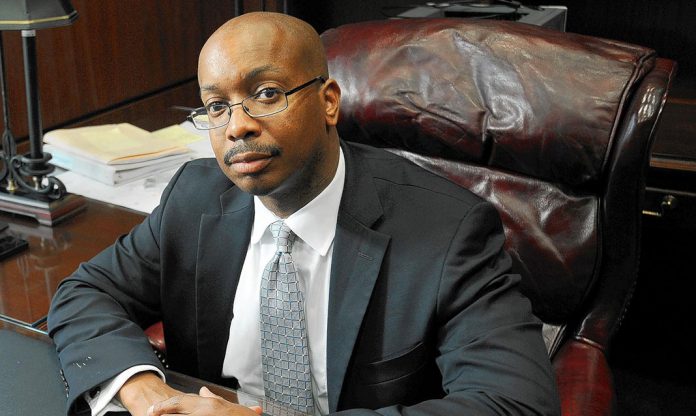 A student and her father who brought a federal lawsuit against a Maryland public school district, alleging that it compelled the student to “profess” tenets of Islam and be subjected to Islamic indoctrination at school, have lost the first round in court.

In a summary judgement decision handed down in March 2018, the Southern Division of the U.S. District Court for Maryland ruled that an 11th grader who attended La Plata High School in La Plata, Md., and her father did not have a case to sue the school district for violating their First Amendment rights.

The student, Caleigh Wood, and her father, John Kevin Wood, have appealed the decision to the Fourth Circuit Court of Appeals.

PLEASE HELP US WITH A DONATION TODAY FOR OUR MEDIA EFFORTS.
The court also ruled in March that the school district did not violate the Establishment Clause of the U.S. Constitution by compelling students to study Islam extensively, which the attorneys for the student and her father stated was at least two weeks long compared to one day spent studying Christianity.

“We believe the court was wrong in its decision and that this course on Islam does violate the Establishment Clause,” she said. “The Woods are ready to keep on fighting because they don’t want what happened to Caleigh to happen to other students.”

The Thomas More Law Center filed the suit against the school district in 2016 after Caleigh was subjected to Islamic indoctrination and propaganda in her high school World History class. The Woods are a Christian family.

At issue was the study of Islam when Caleigh was in the 11th grade. She was forced to profess and to write out the “Shahada,” the Islamic declaration of faith, which states:

“There is no god but Allah, and Muhammad is the messenger of Allah.” For non-Muslims, reciting the statement is sufficient to convert the speaker to Islam.

Caleigh was also required to memorize and recite the “Five Pillars,” or core beliefs, of Islam.

Furthermore, Caleigh’s teacher proclaimed in class that “Most Muslims’ faith is stronger than the average Christian” and that “Islam, at heart, is a peaceful religion.”

“Hardly anyone around the country knows about this dangerous court ruling,” Mawyer said. “This is why we are launching a national media campaign on June 15 when we file our appeal.”

PLEASE HELP US WITH A DONATION TODAY FOR OUR MEDIA EFFORTS.
Despite the plaintiff’s belief that this is an obvious attempt to indoctrinate students into a false view of Islam, the Judge George J. Hazel sided with the school district and said the Constitution does “not prohibit a high school teacher from leading a purely academic study of a religion that may differ from the religious beliefs of some of his students.”

Mawyer slammed the court decision. “If that’s what the court believes is ‘a purely academic study,’ I would hate to see what it views as a biased study of Islam,” he said.

Oliveri agreed. “That’s exactly why we are appealing this decision. The court ruled that this study was ‘purely academic,’ but in the same decision admits that some of the course material was ‘offensive.’ This was clearly a subjective study, with unquantifiable statements made in class to students.”

The court also found that while the teacher’s statement that “most Muslims’ faith is stronger than the average Christian” may have been “inartful, or, to some, offensive,” it was not “entirelymotivated by a purpose to advance religion.”

“The Woods were absolutely right to be outraged by this propaganda,” Mawyer added. “When you believe that Jesus Christ is your Lord and Savior, as the Woods family does, then you cannot in good conscience be forced to recite the lie that Allah is the one true god. That’s blasphemy, pure and simple.”

* “To Muslims, Allah is the same God that is worshipped in Christianity and Judaism.”

* The Koran states, “Men are the managers of the affairs of women” and “Righteous women are therefore obedient.”

But this “sugarcoated version of Islam” did not mention that the Koran explicitly instructs Muslims “to kill the unbelievers wherever you find them (Sura 9-5),” according to the attorneys for the Thomas More Law Center.

“Try to imagine a public school curricula that forces students to accept that Jesus Christ is the Son of God, that he was crucified, died and rose on the third day,” said Mawyer. “It is unthinkable that such a study would not be challenged by Muslim or Jewish parents, as an attempt to indoctrinate students into the Christian belief. Why is Islam any different?”

Mr. Wood had also claimed that his First Amendment rights were trampled when a No Trespass order was issued against him after he complained to the school about the lessons. School officials said he issued threats and was profane on the phone, but Mr. Wood said the No Trespass order was an effort to silence his pro-Christian speech.

The school ultimately refused to allow Caleigh to opt-out of the assignments, forcing her to either violate her faith by making a pledge to Allah or receive zeros for the assignments.

“They remained faithful to God and refused to complete the assignments,” said Mawyer, “even though it could have jeopardized Caleigh’s college admission.”

Mr. Wood served eight years in the Marine Corps and was deployed in Operation Desert Shield/Desert Storm. He also was a firefighter on 9-11 and responded to the Islamic terror attack on the Pentagon.

“He witnessed firsthand the destruction created in the name of Allah and knows that Islam is not ‘a religion of peace,’” said Richard Thompson, president and chief counsel for the Thomas More Law Center. “The school prevented John Kevin Wood from defending his daughter’s Christian beliefs against Islamic indoctrination, even though as a Marine, he stood in harm’s way to defend our nation, and the Charles County Public Schools.”