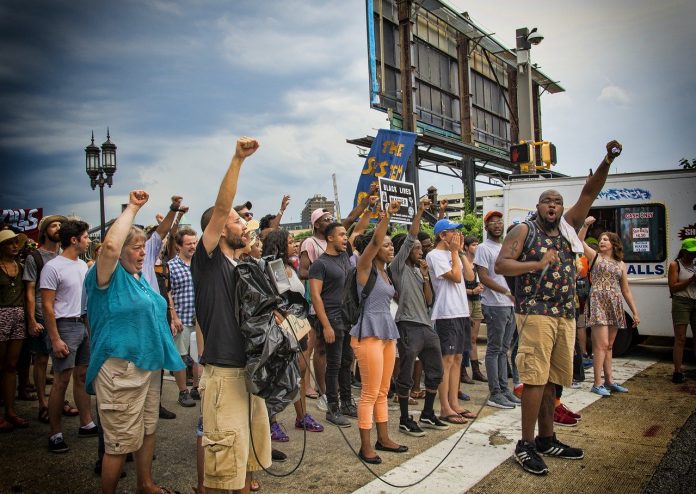 At Christian Action Network, we don’t mind wallowing through liberal slime and muck to shine light on the REAL inconvenient truth.

For the past half year, our headlights have been focusing on the dark underbelly of the Black Lives Matter movement. Now for the first time, that truth can finally be seen.

We bring real interviews and undercover video that spotlights the shady and violent underpinnings of BLM, exposing their ideology, strategies, methodologies and Marxist plans for America. For BLM, there’s no escape, no cover and nowhere for them to run. We have them in our sites…with the high-beams on!

Are You Ready for that Spotlight of Truth?

Let’s get right down to the bottom line here. What is the purpose of Black Lives Matter, their riots, their violence, their setting fires to buildings, attacking police and threatening ordinary folks who are simply trying to get on with their day, do their business, perhaps enjoy a little food and entertainment and then go home?

The question is, is Black Lives Matter now trying to create their own brand of Islamic-styled No-go zones, where the Zones are not created through the hands of radical islamists but through violent left-wing mobs, anti-American anarchists, and socialist revolutionaries who want to establish Marxist zones of control in the United States?

To announce itself as an Autonomous Zone, organizers of the Capitol Hill Autonomous Zone, better known as C.H.O.P., brazenly placed a sign leading into the sealed-off area that read: You are now leaving the USA. Well, if that doesn’t tell you they are anti-American I do not know what will. And we have seen Black Lives Matter attempt to create such no-go autonomous zones inside of other cities of the United States: Atlanta, Nashville, Denver and Washington DC to name but a few.

Now listen. Though there will be brief pauses in attempting to establish these zones, they will return as the strategy improves, because the tactics and purpose, and I want to emphasize purpose, for creating these no-go zones are strikingly similar to those used to create Islamic No-Go Zones in Europe.

I want you to picture this so you better understand the Black Lives Matter riots and their war against police.

By luring police and rescue workers into an area and then using violence to force them to leave, they are sending a clear message to law enforcement that Muslims now rule the area and that traditional law enforcement authorities need to stay out. Watch as Black Lives Matter in London attack police and force them to flee for their lives. Now having forced police to essentially vacate the area, these No-Go Zones become safe havens for their criminal elements when they commit crimes of aggression, bullying and carnage on the outskirts of their communities.

If Black Lives Matter ever becomes successful in establishing these zones we can count on them becoming sanctuaries for criminal elements as well; much in the same way we see liberal cities that are providing safe haven for illegal immigrants. Without question, Black Lives Matter is simply following the European Islamic model for creating autonomous zones.

The foremost strategy of that Islamic model is to first get rid of the police, not because the police are brutal or racist thugs that’s a red herring, but because police represent State Authority. Police are the symbol of the country’s politics, history, beliefs, laws and heritage. They are representative of everything hated by anti western zealots. So the first thing that must go in creating autonomous zones are the police.

Now you know why Black Lives Matter want to defund the police, abolish police departments, and carry signs about killing cops. This wall also tagged with this anti-police message: Kill a cop. Save a life. Like, what are you thinking?

It’s a rallying message that not only attracts radical elements, but also gives them the means to create autonomous zones through violence as they march toward their ultimate goal of establishing separatist Marxist zones inside the United States.

Learn more to get free access to all three episodes of Black Lives Matter the real Inconvenient Truth, click the link below.