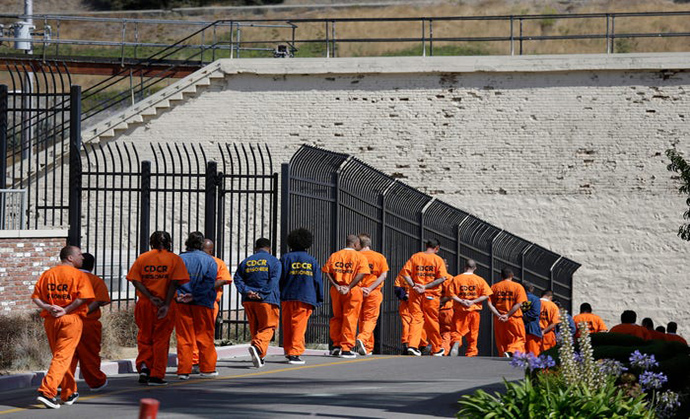 COVID is becoming less and less distinguishable from some kind of leftist New Deal: It has wrecked the U.S. economy, devastated the middle class, triggered huge new government giveaways, trampled on the rights of Americans.

Now, in addition, the Justice Department has announced that the Bureau of Prisons will not be required to recall prisoners released to home confinement to “limit the spread” of COVID-19.

That is, the disease is being used to let criminals out of jail.

The Dec. 21 decision overturns a DOJ memo from the Trump administration saying that thousands of convicts might have to return to penitentiaries once the COVID public health emergency ends.

That memo concluded that BOP’s powers do not include granting home confinement after the emergency is over, whenever that might be.

“Thousands of people on home confinement have reconnected with their families, have found gainful employment and have followed the rules,” said Attorney General Merrick Garland, which leaves no real barrier to abolishing prisons entirely.

Congress let the Bureau of Prisons release federal prisoners under the CARES Act in March of 2020, and some 36,000 inmates have been transferred to home confinement since. Some 8,000 remain on home confinement, the rest having finished their sentences or been sent back to prison for breaking rules.

Some lawmakers, including Judiciary Chair Sen. Dick Durbin, D-Ill., had been pressuring the Biden administration to  reverse the January memo, but in July administration lawyers ruled that the memo correctly interpreted the law, the New York Times reported.