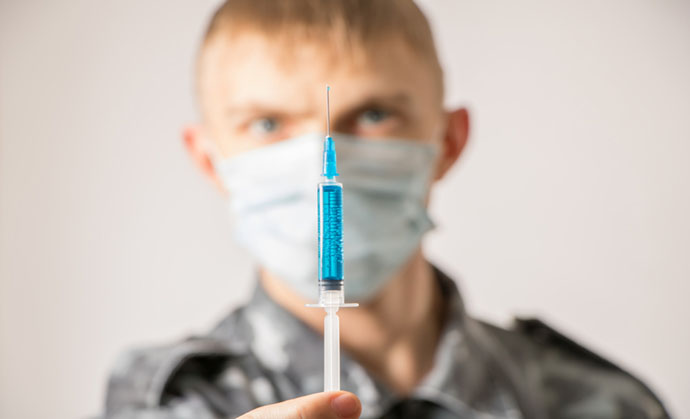 In its mysterious headlong rush to force the COVID vaccination on as many people as possible, and in as strong-arm a way as possible, Joe Biden’s White House said on Sept. 21 that it “strongly opposes” a provision of the National Defense Authorization Act (NDAA) that prohibits punishment or dishonorable discharge of any armed forces member who refuses the vaccine.

Allowing service members to choose would “detract from readiness and limit a commander’s options for enforcing good order and discipline,” the White House Office of Management and Budget said in a statement on the annual bill that funds the Pentagon.

The Pentagon last month ordered vaccination of all people serving in the military and didn’t rule out court martials for those who refuse. Some 800,000 personnel of about 1.4 million had not yet gotten shots at the time of the mandate, according to Pentagon data.

During the budget bill’s time with the House Armed Services Committee, an amendment now called section 716 was added that disallows “any discharge but honorable” for those refusing the vaccine, which has sickened many and raised serious questions about the conduct of doctors and hospitals.

The amendment was proposed by Rep. Mark Green, R-Tenn., who said in a statement to DailyMail.com: “I am appalled that the Biden Administration is trying to remove my amendment to the National Defense Authorization Act that prevents anything but an honorable discharge for service members who refuse to get the COVID-19 vaccine … This was a bipartisan amendment — every Democrat on the House Armed Services Committee agreed to it.”

Section 716 states: “many Americans have reservations about taking a vaccine that has only been available for less than a year.”