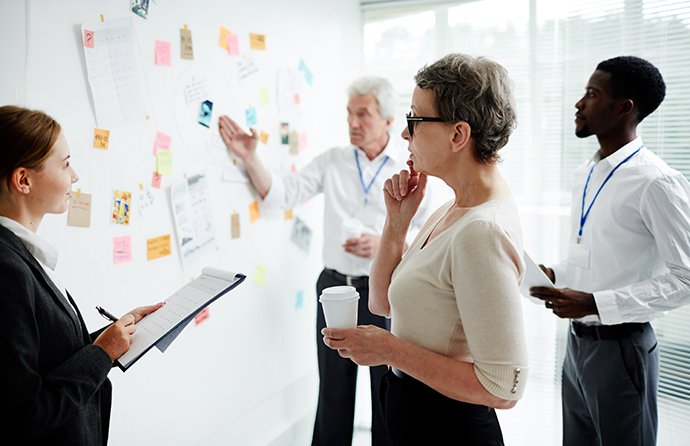 Am I missing something here?

Is no one as outraged as I am over the snooping, spying and surveilling of American citizens by the U.S. Postal Service, the Pentagon and the FBI?

Are we just going to sit back and allow Joe Biden to turn our federal agencies into a reincarnation of the despised, hated and feared KGB? I exaggerate you not!

Did you know that what Americans say, write, post or email can now be monitored, scrutinized, flagged and investigated by three top government agencies?

This shocking news broke in April and May, but was quickly covered-up by Biden’s goose-stepping mainstream puppet media.

Here are some brief details about these government spying programs on the private lives of Americans in case you missed them.

In April, it was revealed that the FBI has been monitoring the phone calls and emails of Americans WITHOUT FIRST obtaining a federal warrant. A judge even scolded them for their outrageous abuse of power.

More recently, the FBI issued a subpoena to USA Today asking for the IP addresses and phone numbers of anyone that clicked on a news article pertaining to the murder of two agents in Florida. What? You can get an FBI visit to your home simply for clicking on a news article?

Also in April, the United States Post Office admitted to Congress that they were actively spying on the social media writings of American citizens (also without obtaining a warrant) in search for “inflammatory” words.

The Post Office says once they flag a person, they then turn that person over to other federal agencies to investigate.

In May, the Pentagon announced that it was snooping into the social media postings of soldiers. Why? They are looking for “concerning behavior” among our brave men and women of the Armed Services.

Do you think they are looking for soldiers who might be involved with such radical groups as Antifa…or Black Lives Matter?

Of course they are not!

They are looking for outspoken conservatives, many of whom are Christians. How do I know this to be true?

Here is what Bishop Garrison (Biden’s military adviser in charge of snooping on American soldiers) has previously stated.

First, in 2019 Garrison called President Donald Trump a “racist.” He then went on to say on Twitter those who support him are racists:

“He’s dragging a lot of bad actors (misogynists, extremists, other racists) out into the light, normalizing their actions. If you support the President, you support that. There is no room for nuance with this.”

And Garrison is NOT just accusing soldiers of being racists for supporting Trump, he’s also talking about people like you!

Here’s another quote from him:

“Because you’re watching what he (Trump) says, you’re listening to his careful choice of words, and you’re still willing to follow him and not speak out. So yes, you’re very much like that.”

According to this high-ranking Pentagon official, if you support Trump, then you are a racist and a “white nationalist.”

“White Nationalism is now & will continue to be a major issue for the US military until our leaders demonstrate the want, desire, & political will to address it head on.”

Do you think a person is a “white nationalist,” a “racist,” or an “extremist,” simply because he or she supports Donald Trump?

I hope not. But this is becoming the new norm in the White House. You know this to be true, as well as I do.

“We should not be removing military members for lack of wokeness. Will the next step be pledging loyalty to the Democrat Party to fight for our country?”

In April, the U.S. Navy told its senior officers that they can support Black Lives Matter, but they cannot make any public comment criticizing homosexuality or transsexualism. It will cost them their jobs!

You know where all this is leading, as well as I do. It will lead to…

…the targeting, surveilling and investigation of American citizens who do not subscribe to leftist views on homosexuality, abortion, gun ownership rights, wokeness, critical race theory and more!

Biden made this clear when he proclaimed in a speech during the 100th Anniversary of the Tulsa Race Massacre where he said:

“White supremacy is the most lethal threat to the homeland today. Not ISIS, not al Qaeda – white supremacists.”

Biden also announced that he would lay out a “broader strategy to counter domestic terrorism and the violence driven by the most heinous hate crimes and other forms of bigotry.”

If you think this is going to be nothing more than bureaucratic note taking, record keeping and dossier filings on the private lives of American citizens (which is bad enough)…think again.

Read to this story!

Space Force Commander Lt. Col. Matthew Lohmeier was fired from his post last May for exposing the military’s targeting of conservative soldiers.

“What you see happening in the U.S. military at the moment is that if you’re a conservative, then you’re lumped into a group of people who are labeled extremists,” he said.

“And if you’re aligned with the Left, then it’s OK to be an activist online because no one’s gonna hold you accountable.”

While Congressman Dan Bishop (R-NC) said, “He was punished for telling the truth. We need to fight this with everything we have.”

So, why do you think the U.S. Post Office and the FBI are doing warrantless searches on the emails, phone calls and media postings of American citizens?

This is Biden. This is his new KGB. What next? The reinvention of the Nazi Gestapo to yank American citizens out of their homes for what they write, speak or read?

I think everyone would agree the government has every right to spy on violent extremists, murderous terrorists and even common criminals…

…that is, IF they obtain a WARRANT from a court, as the 4th Amendment requires!

But they DON’T have any right to go on a warrantless fishing expedition to spy on the private lives of American citizens or soldiers because they may use “inflammatory words” or exhibit what they view as “concerning behavior.”

These government agencies don’t even explain what they mean by “concerning behavior” or “inflammatory words”!! That should tell us enough!

“We need to fight this with everything we have.”!!!!

He’s talking about us, of course. Me and you.