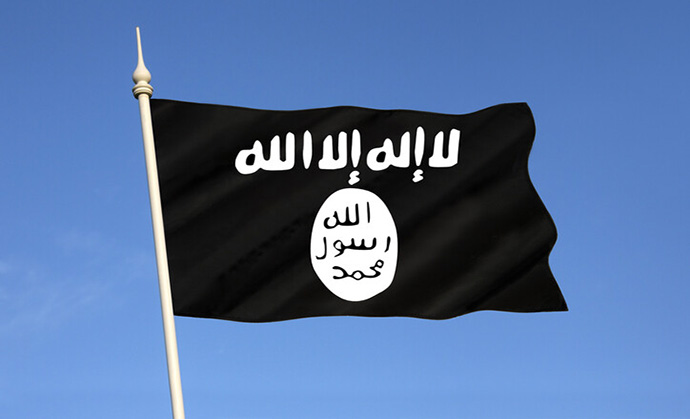 ISIS, the Obama-era Middle Eastern terror group known for beheadings, torture, childishly homemade flags and press statements as well as its own perpetual mask mandate, is getting on the Ukraine-war bandwagon and hoping to scare people.

Some 55 days into Russia’s world-changing military operation, the latest spokesperson for the terrorist group urged supporters to take advantage of the upheaval and stage terror attacks while “the crusaders are fighting each other,” reports Unilad.

In a Ramadan speech posted online, Abu-Omar al-Muhajir said the war is an “opportunity” as non-Muslim nations are “preoccupied” with the conflict. He also urged jihadists to avenge the February death of Abu Ibrahim al Hashimi al Qurayshi, also known as Hajji Abdullah, at the hands of U.S. special forces in Syria.

ISIS sympathizers killed six people in two terrorist attacks in Beer Sheva and Hadera in Israel in March. A Palestinian with ISIS connections was arrested last week in connection to three further murders.

Al-Muhajir urged jihadis to “arm themselves with weapons and carry out further attacks,” also claiming Jerusalem could only be liberated by bringing it under Islamic rule.

In 2014 ISIS proclaimed itself a worldwide caliphate with authority over all Muslims. Before its speedy downfall during the administration of President Donald Trump, the group held an area between western Iraq and eastern Syria containing more than eight million people.

According to Olivier Guitta of GlobalStrat, ISIS hasn’t staged any attacks in Europe for years. Any recent attacks are only inspired by the group, he said.

“ISIS [believes it] needs to carry out attacks in Europe and in the US in order to regain credibility and put itself back in the news.”