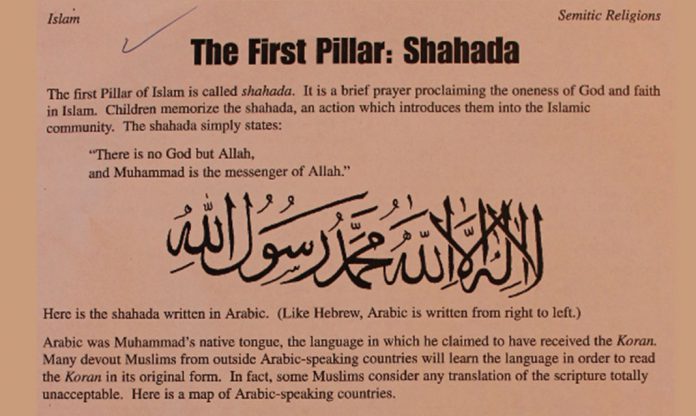 The spreading threat of children being indoctrinated into Islam claimed new ground in West Virginia to the shock of parents in and around Gerrardstown last month.