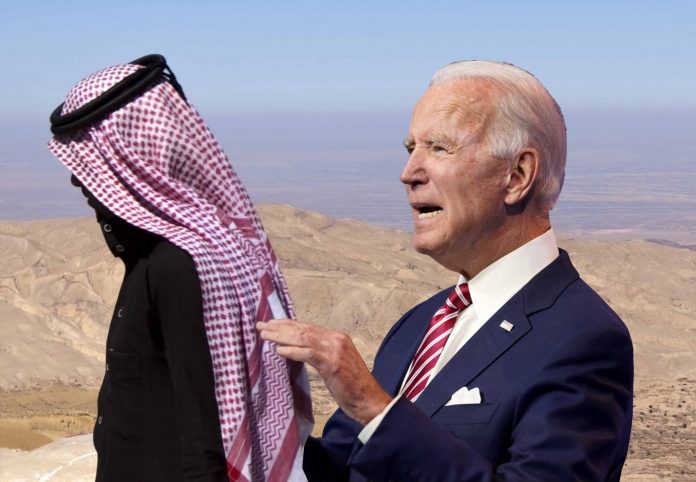 Quid pro quos. Get out of jail-free cards. Easy money. Dems can’t win any other way.

The most notorious case of voter fraud and election theft in American history did NOT occur when Joe Biden was elected president in 2020 by more votes than Donald Trump, Barack Obama, or even Ronald Reagan.

Nope, it wasn’t that great fraud of 2020. It occurred, instead, 74 years ago when Lyndon Baines Johnson stole the 1948 U.S. Senate race from Texas Gov. Coke Stevenson. Had he lost fair and square, Johnson’s floundering political career would have been over.

There is much to be learned from the 1948 election. First, that fraud was not just a false accusation bandied about by Johnson’s opponents; it was conclusively proven, and the participants even admitted to the steal years afterward. Second, LBJ overcame an election-night deficit of 11,000 votes thanks greatly to the purchase – yes, purchase – of votes supplied by corrupt political bosses who doled out favors in return for votes.

Fast forward to today. Election fraud is still rampant, even in a technologically advanced society that should have been rendered a relic of the past. In 2020, we seemed to have a candidate that had the contest all but wrapped up on election night, but then his lead was gradually eroded as new ballots, overwhelmingly skewed in favor of his opponent, were “discovered” in precincts known for their corruption.

As we count down to the midterm elections, Biden’s attempts to throw the scales off balance again are gaining momentum, and we must be on our toes to recognize and prevent some of these fraud attempts.

In recent days President Biden has been caught promising the Saudis they will suffer “consequences” if they don’t delay cutting oil production until after the midterms. Of course, the response by the Saudis was to tell Joe to stick it where the sun doesn’t shine. So in retaliation, the Democrats are introducing legislation to pause all arms sales to the Saudis for a year. It’s such a blatant “quid pro quo” move that it’s hard to believe the White House is behaving this way openly, especially since President Trump was impeached (the first time) for doing less.

In 2020 President Trump was impeached (albeit not convicted) for his supposed quid pro quo (I’ll scratch your back, you scratch mine) telephone call to Ukrainian President Volodymyr Zelensky. In that call, he asked Zelensky to investigate then-candidate Biden and his ne’er-do-well son Hunter for using Ukraine as their personal piggy bank.

The alleged quid pro quo was that Trump withheld military aid to Ukraine, but that, of course, never happened. The howling Democrats also accused Trump of attempting to influence his own upcoming election by throwing dirt at Biden, but that was also never discussed on the phone call either. (Throwing dirt, by the way, is de rigueur in campaigns.)

Trump was still impeached, but if the Democrats are going to be fair (just kidding, of course, that won’t ever happen), then Biden should immediately be impeached for his quid pro quo attempt to get the Saudis to help his party in the midterms.

When Republicans take back the House, they are already vowing to consider impeachment of Biden for what Rep. Elise Stefanik calls his “illegal” request to delay Saudi oil production cuts until after the midterms.

Joe is trying to buy the mid-term elections

To add insult to injury, Biden has been releasing oil from our nation’s Strategic Petroleum Reserves all year to offset high energy prices, prices which his policies created. This is yet another attempt to control fuel prices before the midterms, but what Biden is doing is draining our reserves to dangerously low levels that could jeopardize our national security.

Recently, Biden announced a settlement in a major rail workers union contract, taking a victory lap for thwarting a strike. Wow! That’s a huge boost to the Democrats, the party of the unions. The problem? It was a lie. Shortly after Biden went on his big bragging tour, the railroad union leaders said, in essence, “Uh, not so fast there, Joe. We haven’t reached a settlement, and any news to that effect is premature.”

Joe Biden telling another whopper normally wouldn’t elicit anything but a yawn, but this one has truly backfired on him, eliciting some scathing backlash from his union buddies.

Recently Biden extended the public health emergency for covid, despite declaring in September that the pandemic is over. This extension could give some states the excuse they’ve been looking for to re-establish mail-in voting or extend mail-in voting – which many believe played a key role in suspicious vote counts in 2020.

Biden also wiped-out student loan debt for MILLIONS of voters – I mean students – with the stroke of a pen in August. This act, too, is clearly designed to buy the youth vote, but it may also backfire. Already there are multiple lawsuits out there challenging the legality of a president unilaterally wiping out federal debt. Even Speaker Nancy Pelosi asserts that he has no such power and only Congress can eliminate debt.

Oh well, Joe, on to the next scheme – which turned out to be Biden’s plan to pardon all federal offenses related to marijuana possession. This is a clear attempt to woo the stoner vote, assuming they can get to the polls or fill out a ballot correctly and soberly. Some candidates might say they’d prefer these voters go elsewhere, but a desperate Biden is scraping the bottom of the barrel with this one.

Biden’s election strategy? If it ain’t broken, don’t fix it

Obviously, it’s easy to make the case that election fraud is an ongoing issue. In just the 2020 election alone, the Democrats engaged in excessive and, in some cases, unconstitutional mail-in voting, ballot harvesting, and the use of “Zucker-bucks” – in which millions of dollars were donated to swing election districts by Facebook’s Mark Zuckerberg. Zuckerberg’s soldiers also engaged in a private takeover of many government election offices that violated many local election laws. The Dems in 2020 also infamously used censorship through their cronies in Big Tech (the Hunter Biden laptop, remember?) to prevent voters from seeing information that might cause them actually to think for themselves and vote Republican.

But the bigger question is, what can be done about it? Dead people voting, ballot harvesting, censorship, people voting with guns to their heads – yes, these are pretty sordid activities. Perhaps if the Republicans were doing this, the media hyenas would care a little bit more. But what we’re getting from the talking heads is continued crickets on this issue …

… while the Jan. 6 committee show plays on an endless loop before our tired eyes on television. It’s hard to resist the committee’s relentless brainwashing.

Joe Biden, that unscrupulous Beelzebub, never cared about Americans paying high gas prices. He just cares about keeping Saudi oil production high for a few more days until his party can win. Then, dear Saudis, you may turn off the spigots if you want. We won, so who cares about high gas prices, inflation, border crisis, potheads roaming the streets, etc.

But Biden’s calculations may be off a bit. He’s counting on his arm twisting, lying, and quid pro-quo-ing to bring him a big win for Democrats in the midterms. But the polls are not on his side. It’s more likely that the party of Joe Biden will lose more seats in November than Custer lost at the Battle of Little Bighorn.