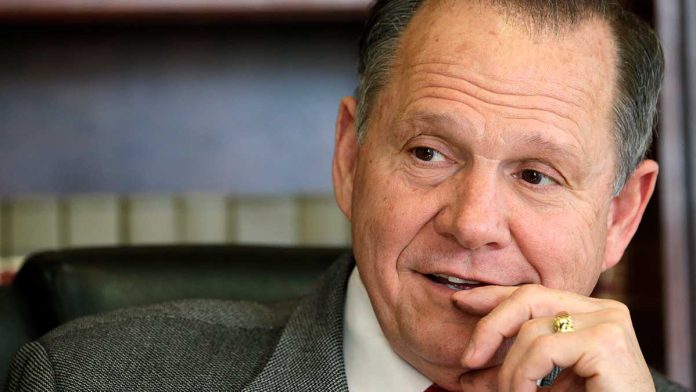 Judge Roy Moore in comments to the Christian Action Network Friday observed that the slander strategies against him last year were deeper and more disturbing than even he considered at the time.

As apologies trickle in and a probe into election fraud looms, his 2017 Senate loss receives some further autopsy analysis: there’s an excellent case for character assassination as the leading cause of campaign “death.”

“There are a lot of things coming out that we didn’t know of before,” Moore said. “We are finding out that this runs much deeper that we thought.”

Moore expected a high level of hatred for his Biblical stands for truth, and campaigns are often hard fought no matter who is on the ticket as two parties vie for control of a powerful office or even a legislature if closely balanced.

“We’ve known all along that this was political, but it’s also a morality thing – it is indication of where the politics of our nation has come to,” he said.

Elections in the past have included dishonesty, and slanderous lies have been deployed against others, but there may be a hand-full few if any that were more piled on with intense and misleading hyperbole than last year’s Senate race in Alabama.

“Certainly the campaign against me was exemplary, as to how far this went,” Moore said. “The extent it went to and all that was done shows this was just a complete disinformation campaign.

“And now the details are becoming more public,” Moore added. “We also have some apologies coming in.”

Positioned as opposed to the now exposed coordinated efforts to slander Moore: his Senate opponent Doug Jones, who said that disinformation is a threat to democracy.

Moore’s answer to Jones is that the sanctimony now does little to hide his complicity – knowing complicity – then.

“He was part of it,” Moore said. “You are a candidate with campaign managers and consultants, so you know what’s going on. This is a big hypocrisy on his part.”

Are there more legal actions in the works? “Absolutely,” Moore replied.

There are several civil cases local to Alabama stemming from several women who accused Moore of sexual misconduct decades ago. Also, the $95 million claim against Sacha Cohen of CBS.

“We have that one in Washington D.C. under way now,” Moore said. “It looks like we’ll have another. We are not certain yet exactly where we will file.”

A major hurdle for Moore is a limited budget through the long march toward a settlement that can reinforce the overall goal of clearing his name on all counts.

“We’re having to raise our own funding on this,” Moore said. “Keep in mind, we are up against some of the largest law firms in the nation, national firms that are working pro-bono, that means for free, for their clients involved with this.”

An obvious question remaining for Moore: is there a pivot point toward another Senate bid in 2020?

“I don’t know yet, and I don’t want to be pronouncing my intentions at this time,” Moore answered.

“I will add this: I do know that what they are trying to do is keep me from being able to run again.”