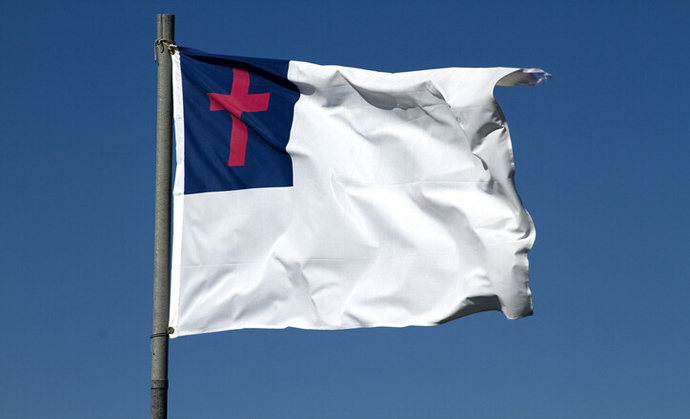 Since when do you safeguard free speech by silencing someone’s statement about their faith?

Fortunately, some justices on the Supreme Court appear mystified about that as well. A majority of them expressed skepticism on Jan. 18 about the city of Boston’s refusal to allow a Christian flag to fly briefly outside City Hall, and its restriction on any religious flag-flying, reports The Hill.

Does that not give unfair preference to the non-religious?

The issue was Boston’s refusal to let the group Camp Constitution fly a flag bearing the Latin cross to mark Constitution Day and honor civic contributions by the city’s Christians. Justices considered whether the city had made a flagpole on City Hall Plaza into a forum for private speech by letting various groups fly their banners on it.

The counterargument, often advanced by atheist groups like the Freedom from Religion Foundation (which could easily itself be considered a religious group), is that the flying of third-party flags on government property constitutes a threatening, government-backed message.

Prior to Camp Constitution’s 2017 request to fly its flag, said the group’s lawyers, the city had OK’d some 280 flag-raisings over a 12-year period and denied no one.

Justice Samuel Alito asked a lawyer for Boston: “Is it consistent with the principles of the Free Speech Clause if you say anybody can speak, except we are going to monitor what is said and we’re not going to allow religious speech?”

A lawyer representing Boston answered that the city was opening itself to swastika flags, confederate flags, ISIS and al Qaeda flags.

Camp Constitution appealed the case after losing in lower courts. A decision in the case is expected by summer.