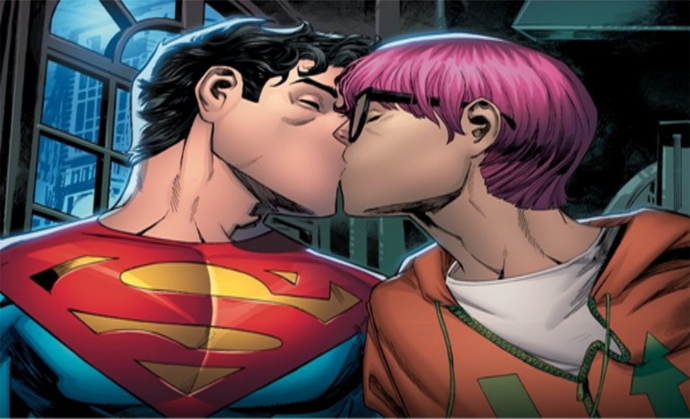 Some illustrators and producers at DC Comics are saying their lives are being threatened after the publisher decided to make the new Superman into a bisexual who makes out with other men.

Authorities in Los Angeles were reportedly called to the homes of some DC Comics artists, who reported having their lives threatened by nasty homophobes and requested LAPD to patrol the areas around their private homes, TMZ reported. Police have also been requested at the DC offices at Warner Bros. Studios, though no actual harm has yet been reported.

As in the Jussie Smollet case, homosexuals and other left-leaning minorities are notorious for seeking attention by staging and reporting fake hate crimes against themselves.

In late 2021 the current Superman, the teen-age son of Clark Kent who put on the red cape for a new generation, was “revealed” to be bisexual, as if he were a real person and not merely the product of homosexual-friendly artists. The young superhero has even been depicted erotically kissing a male reporter character with pink hair named Jay Nakamura.

“What should a new Superman fight for today? Can a 17-year-old Superman battle giant robots while ignoring the climate crisis? Of course not,” DC writer Tom Taylor was quoted as saying in October of 2021, obviously unable to separate his own politics from a cartoon character. “Can someone with super sight and super hearing ignore injustices beyond his borders? Can he ignore the plight of asylum seekers?”

Superman is the latest American comic-book icon to be claimed by the LGBTQ community — alongside Batman’s sidekick Robin, X-Men’s Kate Pryde and the new Captain America, all of whom coincidentally came out as queer during the past year.