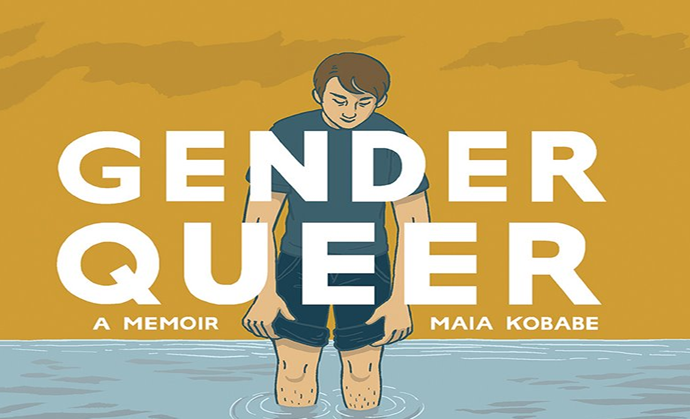 LGBTQ activists are not happy now that the book Gender Queer, which has been found in several public school libraries and contains graphic depictions of gay sex, pictures of sex toys and abundant obscene language and illustrations, has caused the South Carolina Department of Education to review school district policies on library books, WIS News 10 in Columbia reports.

It was one of the books called out in Fairfax County, Va. recently as pornographic and inappropriate for a school library, and has become fuel in a growing bonfire of cultural conflict. Chronicling the LGBTQ+ life of author Maia Kobabe, it is currently the top-selling LGBTQ+ graphic novel on Amazon, which lists it as a “guide on gender identity.”

The book has also caused a top-level stir in Florida and Texas.

“There is no place in South Carolina for these kind of inappropriate materials to be presented to our young people,” Gov. Henry McMaster said on Nov. 11, after complaints from the Fort Mill school district.

On Nov. 10 McMaster sent a letter to Superintendent of Schools Molly Spearman describing Gender Queer as “obscene and pornographic,” and asked the state Department of Education to find out how the book ended up at Fort Mill school libraries and if it is anywhere else. McMaster also called for the department to come up with a process “to review and approve the books and other materials that are available to students.”

The state’s Department of Education said school library books are chosen by schools and districts and that the state does not pay for them. Still, it admitted in a statement, “It is clear that in this particular instance, the district failed to properly vet the book in question for adoption.”

Kobabe, the book’s author, has portrayed such pornographic content in school libraries as important for young people to have access to. She wrote in an Oct. 29 op-ed in The Washington Post, “Removing or restricting queer books in libraries and schools is like cutting a lifeline for queer youth, who might not yet even know what terms to ask Google to find out more about their own identities, bodies, and health.”

“This call from Gov. McMaster is a transparent, coordinated political attack on LGBTQ youth from lawmakers with a long history of opposing freedom and equality for LGBTQ people. In recent weeks we have seen similar efforts to ban books in North Carolina, Virginia, and Texas — and last year Gov. McMaster called for transgender students to be barred from playing school sports,” CSE Community Health Program Director Ivy Hill said.