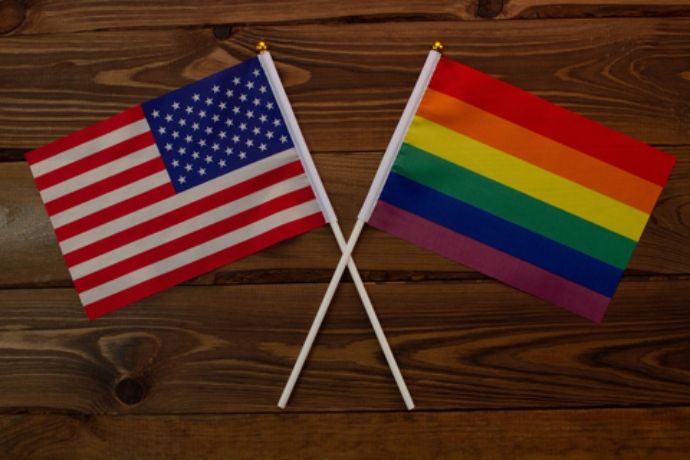 An attempt to force-feed homosexuality to children in school was thwarted this week when parents stood up and said, “No.”

When officials at a Minnesota middle school foisted a display of flags upon their students while they ate (it was set up in the cafeteria), they made sure to include a rainbow gay pride flag with other banners from Asian, African and Latin American countries and even tribes.

When a student objected to the sexual flag and circulated a petition, school officials confiscated it.

No European flags or flags of other religions or lifestyles were included in the setup at Marshall Middle School, according to the Thomas More Society, which filed suit on behalf of a group called Marshall Concerned Citizens.

The suit was filed in March, more than a year after the controversy over the gay flag erupted, reported Marshall Radio.

Now the Marshall School District has announced a settlement in the lawsuit over a flag display.

The district agreed to remove the flags from the middle school cafeteria.

As part of the settlement, the district will not pay any legal fees or damages and admits no wrongdoing. Officials did agree, however, to change two policies as part of the agreement.

Students may now circulate petitions on school property without prior approval of the content, and students will not be disciplined for signing such petitions.

“This is an absolute victory for the taxpayers of Marshall, Minnesota,” explained Thomas More Society Special Counsel Erick Kaardal. “The school chose to display controversial symbols and then the middle school administrator unconstitutionally put a chokehold on any opposition, despite that dissent being expressed in a peaceable, appropriate, and legal fashion. Taxpayers must be assured that their money does not go to institutions practicing fascist-style tactics against those who exercise their freedom to object.”