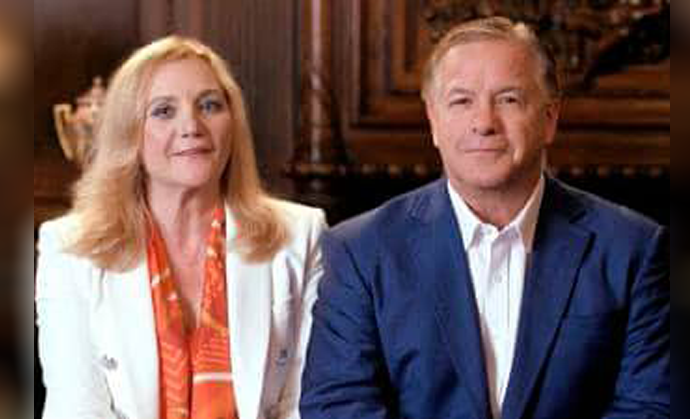 Leftists aren’t done with a married pair of Missouri lawyers who dared to point out the violent, threatening nature of Black Lives Matter protesters by meeting them armed outside their St. Louis home.

The Missouri Supreme Court has put Mark and Patricia McCloskey on probation as attorneys, NPR station KCUR reported, because they appeared outside their house with firearms as a Black Lives Matter demonstration was marching past in the summer of 2020, when Democrats and their media were inflaming the country to riots over the death of George Floyd.

Mark McCloskey was carrying an AR-15-style rifle and Patricia McCloskey was armed with a semiautomatic pistol in the pictures and video of the incident.

Many BLM riots turned out to be violent and destructive, resulting in injuries to people and damage to businesses and public monuments and other property. Yet when ordinary citizens show willingness to resist thuggery and defend their homes, they run the risk of legal sanctions.

The McCloskeys are also being required to provide 100 hours of free legal work, KCUR reported and must make quarterly reports describing any arrests, criminal charges, civil lawsuits, disputes with clients, investigations that question the couple’s fitness to practice law or other disciplinary complaints.

The McCloskeys’ stint as political footballs was not over, however; after the pardons, Missouri’s chief disciplinary council in September asked the state’s highest court to suspend the couple’s law licenses, saying that they showed an “indifference to public safety” and “moral turpitude.”

Mark McCloskey issued a statement expressing disagreement with the court’s decision to put the couple on probation.