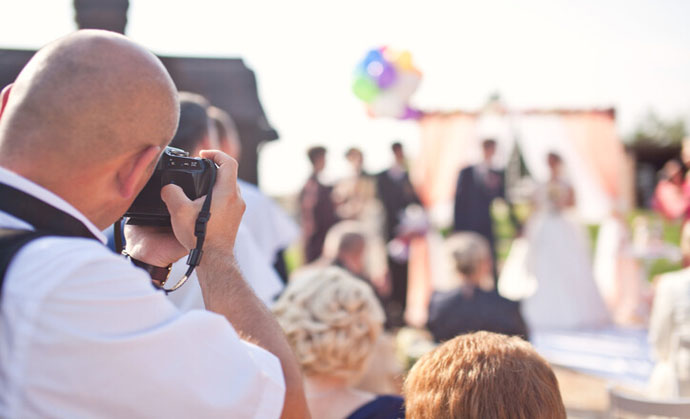 When does “anti-discrimination” become flagrantly discriminatory?

That’s the question that arises from a western New York photographer’s lawsuit against the state over her right to accept or reject jobs that involve photographing same-sex weddings.

According to WENY, court documents show Emilee Carpenter of Emilee Carpenter Photography is suing New York’s attorney general, the interim commissioner of the state Division of Human Rights, and a county district attorney over the mere possibility that she will be penalized for not helping to celebrate a gay marriage by taking pictures of it. The suit was filed in U.S. District Court for Western N.Y.

Other states are getting involved in case, and the issue of whether private contractors can pick and choose their customers. Nebraska’s attorney general has filed an amicus brief on behalf of 14 states in support of religious freedom in the workplace in the New York state case. The other states supporting Carpenter are Alabama, Arkansas, Kansas, Kentucky, Louisiana, Mississippi, Missouri, Montana, Oklahoma, South Carolina, Texas, Utah, and West Virginia.

New York’s public accommodations laws prohibit discrimination based on sexual orientation, but in the process they trample individuals’ rights to base their own actions on their own beliefs. Alliance Defending Freedom (ADF), which is representing Carpenter, said in an Internet post those laws “require Emilee to create photographs and blogs celebrating same-sex marriage because she creates photographs and blogs celebrating opposite-sex marriage.”

Incredibly, one of the challenged laws also bars Carpenter from publicly explaining on her studio’s own website or social media her religious reasons for only celebrating traditional, two-gender wedding ceremonies, ADF explained.

“Creative professionals like Emilee should have the freedom to create art consistent with their beliefs without fear of the government closing their business or throwing them in jail,” said Bryan Neihart, ADF legal counsel.

Carpenter is quoted in the same post saying, “The state shouldn’t be able to silence or punish me for living out my convictions. … I serve clients from all backgrounds, but the government is attempting to tell me what to do, what to say, and what to create based on its beliefs, not mine. … Photographers and other artists should be able to choose the stories they tell.”

Carpenter’s lawsuit argues that her choice not to handle same-sex marriages is protected by the Constitution, specifically the First Amendment. The suit contends that New York State law cannot force an individual to take part in a wedding ceremony, and state law cannot punish individuals for practicing their religious beliefs.