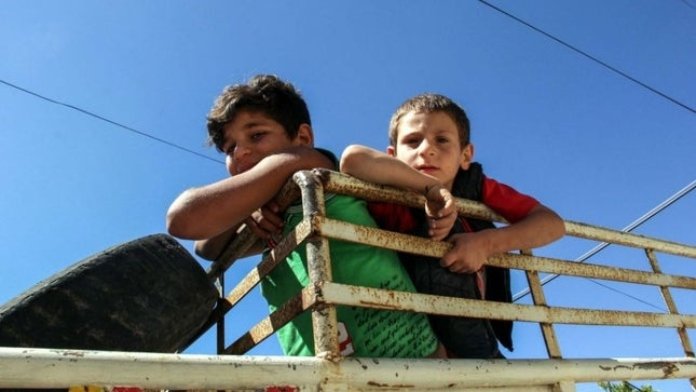 After overflow crowds swarmed a meeting that stretched to four hours, officials of a central North Dakota county on Monday voted to limit the number of foreign refugees the county accepts next year to no more than 25, the Associated Press reported.

Illegal migrants who have been allowed to pour over the United States’ border with Mexico over the last decade have hardened many Americans’ attitudes toward immigration.

The Burleigh County Commission had been on track to bar refugee resettlements altogether, saying the community needed to care for its own children and Native American needs first and foremost. It would have been the first locality to so since President Trump in an executive order in September gave states and counties the ability to do so.

The panel instead voted 3-2 to limit the refugees it takes in. The move is largely symbolic due to the low numbers involved. In 2019 the county took in 24 refugees, in 2018 there were 22.

Local interest in the vote was still high, with more than 450 people reportedly in attendance for Monday’s meeting, which was moved to a middle school cafeteria due to the overflow.

Chairman Brian Bitner, who voted against the measure and advocated for a total refugee ban, said at least a dozen church leaders wrote to the commission in support of the refugee resettlement, allowing for up to 25 a year, according to the AP.

“In my own mind, we would basically be writing a blank check, and somebody in Washington, D.C. or elsewhere would make a decision on how many people would come to Burleigh County and we’d have to respond,” Bitner said at the meeting. “And that’s simply not a good way to govern.”

Several refugees in attendance voiced their displeasure with the measure.

“People think we are lazy and just sit at home and get the government money,” said 20-year-old Tresor Mugwaneza, who came from the Congo four years ago, according to the AP. “We are not in this country just to take your government money. We are here to work and be successful in life just like all of you.” North Dakota Gov. Doug Burgum (R) last month said that the state would continue to take in refugees where local jurisdictions agreed to do so, with a spokesman for the governor saying he saw it as a local decision, the AP noted