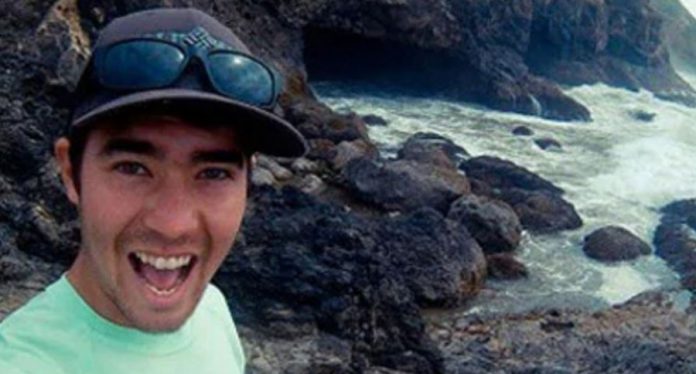 In case you missed this international story, Chau was a 26-year-old American missionary who was murdered on November 16 while attempting to bring Jesus to one of the most secluded places in the world, the North Sentinel Isla, which is part of India’s Andaman Islands.

Almost humorously, the island made international news back in 2004 shortly after the Indian Ocean tsunami.   An islander was photographed trying to shoot down a Coast Guard rescue helicopter with a bow and arrow.

Other villagers threw rocks at the flying object.

The island is off limits to tourists and very little is known about its inhabitants other than they are dangerous and deadly to outsiders.

Chau knew this, yet he felt it was his Christian mission to bring Jesus to a people who have no problem shooting visitors at first sight.

Chau called the island “Satan’s last stronghold” in his diary.  He knew of its dangers.

In 2006 two fishermen were murdered when their boat strayed too close to the island. No one was ever prosecuted.

Chau did not speak the language of the Sentinelese people.  In fact, he had no idea what language they spoke.  But he did bring them fish and a football and a gift of eternal life with Jesus.

He did not have a passport, however, and violated Indian laws by traveling to the island. He was aided by seven fishermen, which he hired for $325 to take him there on a boat, which also towed his kayak.

Though we may never know for sure, Chau must have felt it was better to obey the laws of God than man by traveling to the island illegally.  (Acts 5:29) 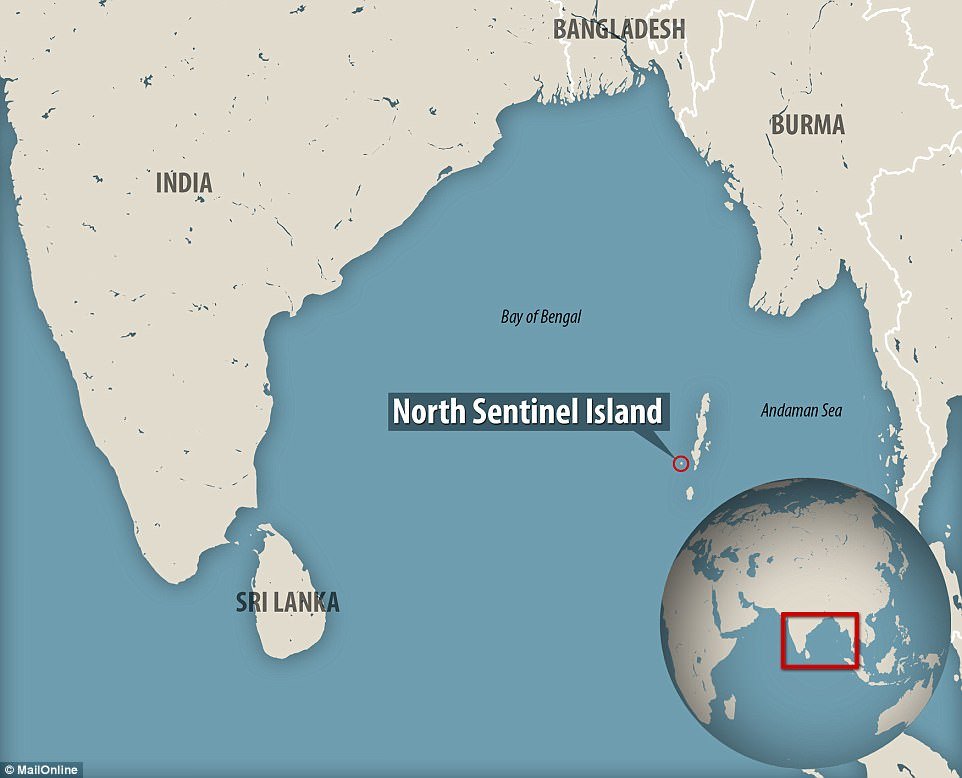 According to All Nations, a Kansas City, Missouri-based organization, which helped train Chau, “He wanted to have a long-term relationship, and if possible, to be accepted by them and live amongst them.”

On November 15, the day before his murder, Chau wrote in his is diary that earlier that day he stepped onto the island and shouted, “My name is John.  I love you and Jesus loves you… Here’s some fish!”

The villagers shouted back.  Not surprisingly, he didn’t have a clue what they were yelling.  But when they started shooting at him with arrows, he must have known it wasn’t, “Welcome friend.  Thanks for the fish.”

A young boy (somewhere around 10-years-old, perhaps a bit older, Chau estimated) shot an arrow just above his midriff.   Fortunately, perhaps miraculously, the arrow sunk into a Bible that Chau was holding near his chest.

“They chased me,” he would later write in his diary.  “I had to swim almost a mile back to the boat.”

Chau’s terrifying story should have ended there, with his returning to the United States.

He would have been known for his Christian bravery, commitment and perhaps heroism.

But Chau didn’t return and that’s when he violated one of Christ’s most important teachings, which is rarely ever taught in any church.

Chau went back to the island the next day.  He admitted that he was scared.  He knew there would be a decent chance of getting killed.  He even questioned whether it was worth “going on foot to meet them.”

He then wrote down a prayer to God:

“If you want me to get actually shot or even killed with an arrow then so be it.  I think I could be more useful alive though, but to you, God, I give all the glory of whatever happens.”

“I DON’T WANT TO DIE!” he jotted down, as if shouting to God. “Would it be wiser to leave and let someone else continue?  No.  I don’t think so.”

He wrote as if he still didn’t know what God wanted him to do.  Though God had already given him the answer:  Turn around and go home.

He should have figured that out the moment he was shot at; the moment an arrow miraculously landed in his Bible rather than his heart; the moment the villagers were shouting at him to leave.

This is exactly why Jesus warned Christians in Matthew 10:14, “And whosoever shall not receive you, nor hear your words, when ye depart out of that house or city, shake off the dust of your feet.”

The answer was given him the very first day he was on the island.  Leave.  Shake the sand off your feet.  Get back on your kayak.  Paddle back to the boat.  Get back to America.

This is what the Apostle Paul and Barnabas did when the Jewish leaders in Antioch opposed them, “…they shook off the dust of their feet against them…”  (Acts 13: 51)

They didn’t hang around to get murdered.

All Nations claimed to have helped “train” Chau for his missionary work with the Sentinelese.

Yet Chau did not have a passport.  He didn’t speak the native language.  He knew nothing about the local villagers —  their history, customs, government or beliefs.

And most grievous of all, he fell into the typical trap of American evangelism: Give people food and gifts and somehow they’ll be grateful and understand they’re sinners and in need of salvation.

He wrote in his diary, “If I leave, I believe I will have failed the mission.”

When Chau arrived on the island the next day he was shot through with arrows.  He was then dragged and buried on the beach.

Chau tested God and lost.  Instead of shaking the sand off his feet, he was buried beneath it.

Likely, no arrests will ever be made.  But there is this promise from Jesus:

“Verily I say unto you, It shall be more tolerable for the land of Sodom and Gomorrah in the day of judgment, than for that city.”  (Matt. 10:15)