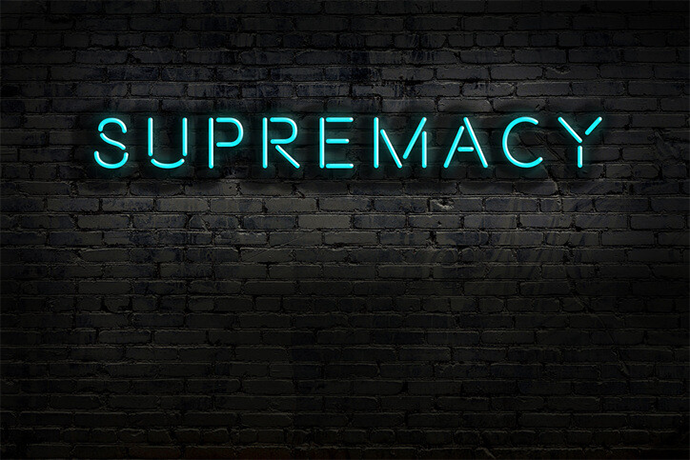 Pick the target, freeze it, personalize it, and polarize it. Cut off the support network and isolate the target from sympathy. Go after people and not institutions; people hurt faster than institutions. (This is cruel, but very effective. Direct, personalized criticism and ridicule works.)” – Saul D. Alinsky, Rules for Radicals

“If you want a picture of the future, imagine a boot stamping on a human face—forever.” ― George Orwell, 1984

In my lifetime as a career U.S. Army officer, I have witnessed those who have done violence against Americans both domestically and abroad. They do violence and create mayhem in a cause that they believe is just. When I and my family were stationed in Germany in the early 1970s we had two groups that targeted the U.S. military and innocent civilians. They were the Baader-Meinhof Gang/Red Army Faction (RAF) and Black September/Abu Nidal Organization (ANO) that attacked, kidnapped and then killed 18 Israeli Olympic athletes and one German police officer in Munich in 1972.

It seems our government is using the word “supremacist” to go after: parents, the unvaxxed, those of the opposing party, states that oppose government intervention and even ordinary Americans who are labeled “supremacists.” Supremacist is word du jour today.

As George Orwell wrote in his dystopian novel 1984,

Who are the real supremacists?

Merriam-Webster defines a supremacist as:

[A]n advocate or adherent of the supremacy of one group : a person who believes that one group of people as identified by their shared race, ethnicity, sex, gender, or religion is inherently superior to other groups and should have control over those other groups

In America, we believe in equal justice under the law. No one is above the law. But is this true? Do some people, politicians and organizations literally get away with murder?

It seems like some individuals, politicians and organizations believe that they are above the law.

One of the symbols of a supremacist is the raising of the fist. It shows an allegiance to their cause, no matter how violent and deadly to their fellow citizens.

QUESTION: Who are the true supremacists?

The Top Supremacists in America

Supremacists believe they are superior to all others. They demand control of all others. It is to obey or perish.

Here’s a list of organizations that have worked to bring America to its knees. I consider them, by their actions, be supremacists.

The Democrat Party is the epicenter of identity politics and is linked with black identity extremist groups like Black Lives Matter. Democrats also are the party of Planned Parenthood. Planned Parenthood has targeted minorities since its inception. In fact, due to the efforts by Planned Parenthood to abort black babies, the current number of blacks is the U.S. wouldn’t be 13% it would be closer to 31%.

Jeffrey Lord, a contributing editor to The American Spectator and a former aide to Jack Kemp and Ronald Reagan, has chronicled the following vital facts about the Democratic Party of 1800 through the 1960s:

In a January 2010 Wall Street Journal article titled “The Fall of The House of Kennedy,” Daniel Henninger pointed out what had been a watershed moment for the Democratic Party 48 years earlier:

“In 1962, President John F. Kennedy planted the seeds that grew the modern Democratic Party. That year, JFK signed executive order 10988 allowing the unionization of the federal work force. This changed everything in the American political system. Kennedy’s order swung open the door for the inexorable rise of a unionized public workforce in many states and cities. This in turn led to the fantastic growth in membership of the public employee unions—The American Federation of State, County and Municipal Employees (AFSCME), the Service Employees International Union (SEIU) and the teachers’ National Education Association. They broke the public’s bank. More than that, they entrenched a system of taking money from members’ dues and spending it on political campaigns. Over time, this transformed the Democratic Party into a public-sector dependency.

Discover the Networks gives this analysis of the current Democrat Party:

In the aftermath of Khrushchev’s 1956 revelations about Stalin’s horrific abuses, most of the world’s Communist parties abandoned Stalinism and, to varying degrees, adopted the moderately reformist positions of the new Soviet First Secretary. The American far left likewise sought to distance itself from Stalin, rebranding itself as the so-called “New Left,” a counter-cultural movement that would hold fast to the overriding ideals of Marxism-Leninsim while formally abjuring the horrific crimes of Stalinism. But before long, this New Left would romanticize the neo-Stalinists of the Third World, embracing a whole new set of totalitarian heroes such as Mao Zedong, Ho Chi Minh, Fidel Castro, Pol Pot, and Daniel Ortega.

The core of the early New Left was formed by the Students for a Democratic Society (SDS), a radical organization that aspired to overthrow America’s democratic institutions, remake its government in a Marxist image, and help America’s enemies emerge victorious on the battlefield in Vietnam. Many key SDS members were “red-diaper babies,” children of parents who had been Communist Party members or Communist activists in the 1930s.

As U.S. involvement in the Vietnam War escalated in 1965, SDS membership grew exponentially and the New Left became increasingly radicalized with anti-American hatred and a growing tendency to pose conflicts in terms of “us” and “them” – “the movement” on one side, and “the system” or “the establishment” on the other. Liberals were reviled as part of the latter faction, and deviation from the radical agenda was viewed as political treason. For example, New Leftists excoriated the black pacifist Bayard Rustin for advocating coalition politics and opposing “one-sided anti-American” rhetoric; Staughton Lynd accused Rustin of “apostasy.”

By the middle of 1965, New Leftists no longer referred to themselves as part of American society, rarely if ever using the pronouns “us” or “our” when referring to American people or ideals. For a growing number, nothing less than revolutionary transformation, by way of violence in the streets, would suffice.

By the early 1970s, however, the openly defiant and revolutionary New Left had spent its political capital and was a dying movement. But its adherents remained committed to the cause, altering their tactics so as to work within the political and social system in a manner the New Left had previously chosen not to do. These latter-day leftists incorporated the tactics of Saul Alinsky, seeking to change society by first infiltrating its major institutions – the schools, the media, the churches, the entertainment industry, the labor unions, and the three branches of government – and then implementing policies from those positions of power.

Most notably, the ex-New Leftists found a home in the Democratic Party. By 1972, they had seized control of the party, as evidenced by the nomination of George McGovern as the Democratic presidential candidate on an antiwar platform that cast America’s military involvement in Southeast Asia as an immoral, imperialistic venture. Though McGovern lost 49 of the 50 states in the 1972 election, he and the anti-war radicals who flocked to his campaign moved the Democratic Party dramatically to the left. By way of its political ascendancy within the Democratic Party, the New Left, in a political sense, effectively killed off the classical centrist liberals who had vigorously opposed Communist totalitarianism. After accomplishing this parricide, the New Left occupied the corpse of authentic liberalism (i.e., the Democratic Party) and appropriated the name, “liberalism.”

As we have written, the party of JFK died when he did on November 22nd, 1963. The new Democrats are Marxists/Leninists/Socialists.

If you do not believe this then just look at the Biden administration and its policies.

Churches better not dismiss this ‘wacko’ threat against houses of worship