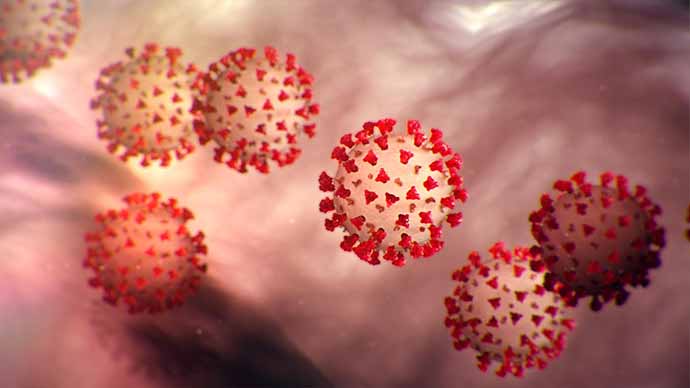 Over my 40 years fighting for the pro-family cause, I have never seen so much damage inflicted on the purveyors of “progressive,” leftist ideas as I have witnessed during the Coronavirus pandemic.

And even though countless, absurdly liberal groups are flaunting an endless parade of crazy behavior and ideas, none has been more discredited and crippled by this pandemic than the gay rights movement and those who swim in their muck.

Some 509 gay pride celebrations across the world have been canceled this spring in the name of “social distancing.”  That’s an astounding, unprecedented and crushing number. June was not only slated to be Gay Pride Month, but a month of celebrations marking the 50-year anniversary of the first “pride” march in 1970, which came after the Stonewall riots in New York City.

The seriousness of LGTB fundraising woes was highlighted in a screaming headline from VICE:

It usually isn’t long before pandemics and other widespread or deadly disasters lead to talk of the hand of God.

The most infamous plagues in history, well-known to any Christian, are found in the Book of Exodus in the Old Testament. God said the purpose of these plagues (ten in total) was to give Egypt’s Pharaoh two choices (Exodus 9:13-14):

“Let my people go, that they may serve me.” Or…

“I will send all My plagues to your very heart, and on your servants and on your people, that you may know that there is none like Me in all the Earth.”

Of course Pharaoh did not let God’s people go. Not only did he suffer swift and unrelenting repercussions for this, but his own people suffered the consequences as well: Water was turned into blood; frogs crept into kneading bowls like spiders; lice infested people’s bodies; houses were filled with flies; livestock mysteriously died off overnight; boils inflamed people’s flesh; relentless hail battered the land, locusts blotted out the sun, darkness penetrated the human soul and, finally, death fell on all the firstborn of Egypt.

Following the death of his firstborn son, Pharaoh finally relented and told God’s people they could go and serve their God.  The decision did not last long. Pharaoh set out on a futile, doomed attempt to bring them back.

The point being: If people hope that the coronavirus outbreak will alter the behavior of Bible-hating, morally bankrupt liberals, they will end up disappointed.

Yet one fact will remain: The godless purveyors of self-righteous venality will certainly suffer, just as Pharaoh and his hardened, mindless minions suffered.

Even while it appears to further some leftist desires, like shutting down church services and putting businesses under government control, the coronavirus has dealt some serious setbacks to the liberal agenda. It’s almost as if God has directly intervened in the affairs of men to hinder and punish those who are dismissive of His justice, His truth, His  morality, His faith.

Just about everywhere one looks, the enemies of Biblical truth are witnessing their favorite passions being curtailed, dampened, de-funded, eliminated, dumped or herded into the proverbial coronavirus quarantine pen.

Abortion advocates have watched in rage as their baby-killing clinics and activities have been declared nonessential and limited in some states.

As for the prophets of global warming? They haven’t been able to grab a national news headline (perhaps a minor one) for months. No one cares anymore about the World Health Organization’s prediction of 250,000 deaths each year, starting in 2030, when hundreds of thousands of people are dying worldwide from the coronavirus in 2020.

Where are you, angry Greta Thunberg? Does anyone even remember Al Gore’s patronizing lessons?

It all points to one thing: A tiny but very fast-moving virus has basically kicked left-wing zealotry out of the news.

There is no time left for agenda-pushing stories on gender identity, gun ownership, illegal detainees, national-anthem boycotts or, for that matter, schools that post In God We Trust signs in their hallways – not while people are desperate to know when their favorite local restaurant, hair salon or church will reopen.

Liberalism has been God-smacked, and how satisfying it is to see their sanctimonious bullhorns being slapped down, away from their lying mouths, at least for now.

Look as well at the array of liberal institutions that constantly try to undermine God’s word, the concept of family and so many American ideals and traditions. It is almost uncanny how COVID-19 has hit them the hardest:

The mere idea that parents are now educating their own children has made one Harvard law professor predict a futuristic apocalyptic doom. Elizabeth Bartholet (in the May-June issue of Harvard Magazine) sent out this over-the-top warning about “dangerous [and] powerful” parents who home-school their kids:

The issue is, do we think that parents should have 24/7, essentially authoritarian control over their children from ages zero to 18? I think that’s dangerous. I think it’s always dangerous to put powerful people in charge of the powerless and to give the powerful ones total authority.

Yes, liberal educators have been God-smacked, and hard. They can take some solace in knowing they are not alone, however.

One of the highest-profile promoters of the homosexual agenda, The Walt Disney Company, has watched its profits plunge 91 percent in its quarter ending in March, losing a whopping $4.9 billion.

Disney is one of Hollywood’s largest promoters of gay characters in children’s cartoons and superhero films. It also hosts the largest gay-themed amusement park spectacle in the country: Gay Days at Disney World (Orlando), a weeklong frolic at the beginning of June.

But … coronavirus! That event has been canceled, along with a similar Gay Day event planned for Disneyland in Southern California.  (Both events have been rescheduled for fall. Let’s wait and see how that works out.)

A growing roster of gay-promoting corporations have been suffering incredible financial losses during the outbreak, with some on the verge of filing for bankruptcy: J.C. Penney, Neiman-Marcus, Nordstrom, Condé Nast (which owns The New Yorker, GQ and Vanity Fair), American Airlines, Rite-Aid, J. Crew and Belk are on the endangered list.

Virgin Atlantic, which only last year boasted of offering the first-ever “Pride Flight” to World Pride 2019, has now filed for bankruptcy protection.

The tremendous, backhanded slap God has delivered to homosexual activism, via the coronavirus, cannot be understated.

2020 was a big, big year for Gay Pride, with a 50th-anniversary celebration featuring defiant, in-your-face gay pride marches. Around the world, the LGBT movement was downright giddy about the impending debauchery, drugs, sex, exhibitionism and of course breathless, promotional coverage by a totally sympathetic media.

Along with the massive media exposure would have come celebrity endorsements, political tie-ins and appeals, corporate sponsorships and – most importantly of all – the deep invasion into American communities, large and small, of militant Gay Pride.

The NY Pride event scheduled for June 14 through 28 was expected to draw more than two million homosexual revelers. That event, too, has now been canceled, God-smacked back into the closet and shut down for the first time in 50 years.

NY Pride had been known for its sex parties where there can be “fifty men at a house … five guys on a bed,” writes Alexander Cheves in his article “55 Do’s and Don’ts of Attending a Gay Sex Party,” published online by The Advocate.

All by itself, the coronavirus and its attendant coverage has achieved what the pro-family movement wouldn’t have been able to accomplish in a lifetime:

Gay pride events around the world canceled.  Businesses that promote the homosexual agenda financially crippled or bankrupt. Drag queen freak shows that corrupt children with gay bedtime stories in public libraries are locked out. Abortion procedures are scaled back. Liberal Hollywood executives are stopped dead in their tracks from producing films.  Zombie actors and actresses spouting hypocritical and pretentious homilies are put on mute. TV sitcoms and dramas that were inventing a flurry of new prime-time gay characters are tossed out. Global warming fanatics are silenced with a proverbial “sock in the mouth.” Liberal educators who indoctrinate, deceive and morally warp children and young adults are put on pause.

In time, for the most part, all these evils are bound to resume. The history of the world shows that evil never abates for long, let alone forever, at least not until Christ returns.  But there is no question that the road to full recovery for these liberal zealots will be long and very slow one.

What should worry the evildoers most is how much more damage still awaits them. The coronavirus seems still to be mysteriously in the air, with overzealous left-wing politicians controlling the arenas from which these God-mockers arise. These leaders are ready to crack the whip at any dissent, rebellion or defiance of their lockdown orders.

When righteous people struggle against evil forces they can feel besieged and overpowered by rulers and their minions. The Bible shows that when this oppression becomes overwhelming, God will come to the rescue. He will intercede on behalf of His people, laws, natural order and truths.

Retribution is painful.  It is meant to be.  But that pain is brought on by man himself when he – or his nations – forget to exalt God. Even many Christians seem to have forgotten their duty to make sure that their nations exalt God.

It cannot be denied: Christians have suffered under this plague as well, having allowed their strongest nation to sink into apostasy.

Remember, it was not just Pharaoh, his servants and warriors who suffered under the ten plagues, but ALL Egyptian citizens. Why?  Because it is up to citizens to make sure that God is “exalted among the nations … [and] in the earth” even if the land is ruled by a dictator.

That pain can be stopped at any time, simply by calling upon His name as a nation.

“If that nation against which I have spoken turns from its evil, I will relent concerning the calamity I planned to bring on it.” (Jer. 18:8)

Hollywood will now be graded on how much it donates to LGBT candidates, gay policy issues and ‘inclusive’ ads

We need to stop BLM and LGBTQ flags from flying at...