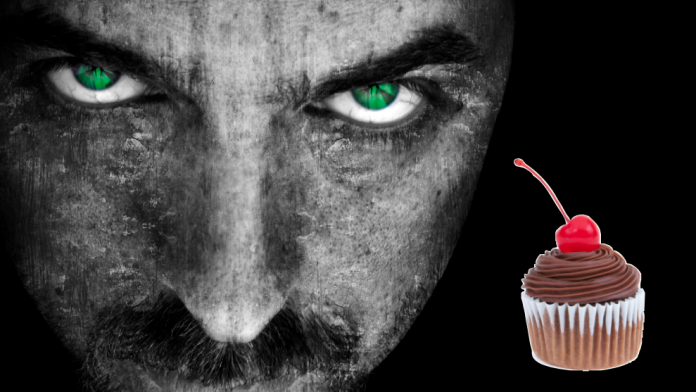 With so many problems plaguing today’s world, it’s nearly incomprehensible to understand why liberals are so fixated on convincing children they might be biologically broken and need an urgent gender or sexual orientation fix.

The obsession and pathological addiction of the Biden administration (and many others) to make sure every child in America has a fear that doctors or parents assigned them the wrong sex at birth raises an important question:

What or who is behind these efforts to convince children that the reflection they see in the mirror could be a cruel illusion, a biological hoax where parents, doctors, scientists, and even God are co-conspirators?

The White House wants to portray itself as protecting children from oppressive sexual stereotypes that could lead to discrimination, depression, or self-harm.

On the surface, this sounds worthy. Fantastic. Some would even say heroic.

But the Bible says differently. The Bible takes the complete opposite view.

“They exchanged the truth of God for a lie…” the Bible says regarding those who exchange “natural relations for unnatural ones.” (Ro. 1:25-26)

The result will not be the bliss, pride, harmony, or freedom promised by the White House. Instead, those who engage in such activities will receive “in themselves the due penalty for their error.” (Ro. 1:27)

Could this be AIDS? HIV? Monkeypox? Depression? Drug addiction? Suicide?

Writing for The HuffPost, gay-activist Michael Hobbes, said, “Despite all the talk of our’ chosen families,’ gay men have fewer close friends than straight people or gay women. In a survey of care-providers at HIV clinics, one respondent told researchers: ‘It’s not a question of them not knowing how to save their lives. It’s a question of them knowing if their lives are worth saving.'”

That final statement deserves repeating: “It’s a question of them (gay men) knowing if their lives are worth saving.”

Just as easily as promoting the pride of the gay, lesbian and transgender lifestyle, the White House could easily make a compelling argument for why children should avoid it.

So, why is there so much obsession with pushing the LGBTQ agenda and lifestyle on children?

Even the word obsession understates the dogged, maniacal, and ruthless efforts the Biden team is willing to deploy to force LGBTQ ideology on children.

In May, the United States Agricultural Department (USDA) announced it would no longer provide Food Nutrition services to public schools that fail to goose-step to the demands of the LGBTQ movement.

This means hungry children will not be provided free breakfasts or lunches if their schools:

Gov. Ron DeSantis blamed Joe Biden for this USDA policy, saying, “I mean, give me a break! Totally off his rocker to be doing that.”

When LGBTQ advocates and sympathizers get to the point they are willing to STARVE hungry kids if their school believes it’s wrong to groom children into the gay lifestyle, then we must examine who’s controlling their “rocker.”

Let’s face it; schools aren’t being denied federal food assistance if they fail to meet other educational standards.

Should these students be denied complimentary breakfasts and lunches until those numbers are improved?

But failing to teach children about the LGBTQ agenda will result in kids going hungry?

This is evil. Sinister. A policy straight out of hell.

And suppose it is straight out of hell? (Which I believe it is) Then, what’s Satan’s ultimate goal, other than the sick pleasure of watching children devour a lie that leads to sexual confusion, depression, suicidal thoughts, drug addiction, loneliness, debilitating and sometimes deadly diseases?

Sowing lies into the hearts of men certainly gives Satan pleasure, for he is the father of lies. (John 8:44)

But beyond having children devour lies, the ultimate goal of Satan is to have children barf up the premise that God is a loving, perfect, dependable, just, and trustworthy Supreme Being. Only in this way can we understand why some would resort to starving children to get gay and transgender ideology into the education system.

Consider the anti-religious attack being sent to children who want to believe in a faultless and compassionate creator of life:

With compliant, gay grooming stooges at his disposal, Satan gets to kill two birds with one stone. Not only is he awarded a national bully pulpit (funded with taxpayer money) where he can convince school kids to exchange “the truth of God for a lie,” but he also gets to destroy their belief in a compassionate, just, loving, and perfect God.

Satan will work overtime to make sure kids question God’s existence because that is far more important than having his servants waste time on such menial tasks as making sure food is on the table, the streets are safe, gas in their cars, and baby formula is on the shelves.

Those day-to-day problems can always be blamed on Vladimir Putin.

But being born into the wrong body? That blame can go directly to God. Bingo! And that becomes poisonous filling inside Satan’s delicious-looking cupcakes for kids.