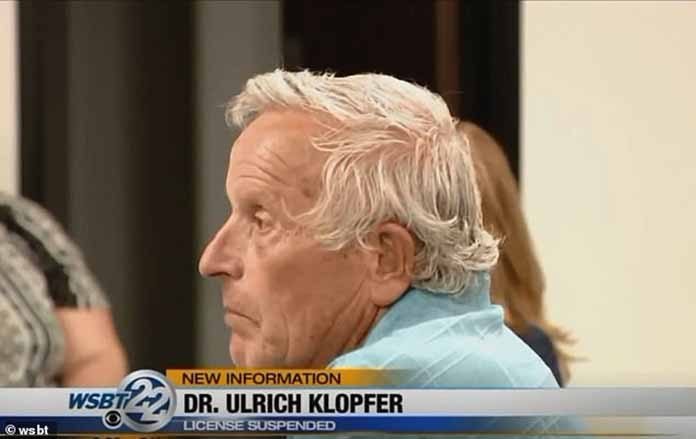 In a grizzly discovery, the remains of over 2,000 unborn babies have been found at the home of an abortion doctor who died 10 days ago.

The 2,246 remains of aborted babies were discovered by family members who were going through the doctor’s home after his death.

Dr. Ulrich Klopfer of Will County, Illinois, had been known as the state’s “most prolific abortion doctor in history, “ according to the South Bend Tribune.  He began performing abortions in 1973, shortly after the U.S. Supreme Court legalized the procedure.

Klopher, who died on September 3, had once performed an abortion on a girl as young as 10 years old.

There is currently no evidence to suggest any of the aborted babies found at his home were carried out at the property, authorities said.

Klopher had performed abortions at the Women’s Pavilion in South Bend, Indiana, until his license was suspended in 2016.

In 2014, the doctor was cited for 27 deficiencies by the Indiana Department of Health.

One of those citations alleged the doctor was giving out abortion medication during the consultation process, rather than waiting the required 18 hours to give the mother an opportunity to change her mind.

Though the state never issued a complaint against the doctor for performing an abortion on a 10-year-old (who allegedly had been raped by her uncle) he admitted to performing the procedure on the girl.

Klopher, however, never notified authorities about the rape. After the abortion he returned the child to her parents, who were also aware of their daughter’s rape, but refused to prosecute the uncle.

The doctor was also found not to have given pain medication to all women who had abortions, but only to those who could afford it, or were under the age of 16. He was further accused of sedating women without having anyone on staff to monitor the patient.

No patient ever died during any of Klopher’s abortion procedures and he claimed that any accusations made against him were simply “paperwork” charges, not medical malpractice wrongdoings.

The remains of the 2,246 unborn babies discovered at his home are now in the custody of the coroner’s office.  Illinois Will County Sheriff, the coroner and the state’s attorney is conducting an investigation into the dead children’s bodies.