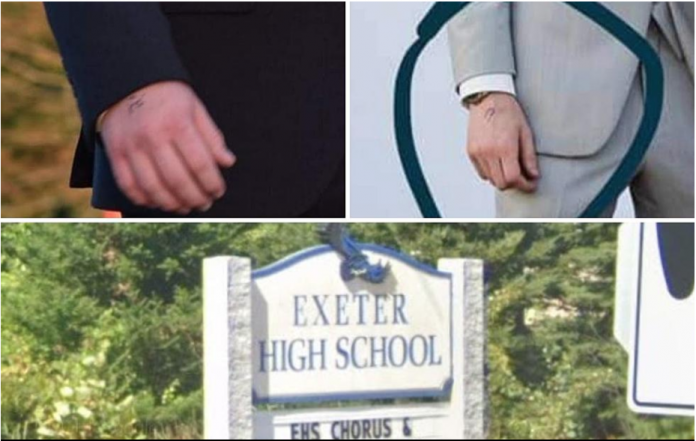 A New Hampshire school is calling it “contact tracing” for COVID-19, but some see a more sinister intent in marking students with a black marker for unvaccinated and a red one for vaccinated.

It was permanent marker, of course.

Exeter High School branded its unvaccinated and vaccinated subjects with the markers at its prom recently, drawing criticism from parents and a state lawmaker.

Republican State Rep. Melissa Litchfield said was she was contacted by more than a dozen parents after posting an alert about the markings on social media. “Every time I look at it, it’s been shared,” Litchfield said in a June 10 interview.

“Children that were not vaccinated were written on in black Sharpie on their hands and those that were vaccinated had some type of red marker put on them,” Litchfield said.

Some people sent photos in response to Litchfield’s post on Facebook, and the black Sharpie marks on promgoers’ hands were visible as they posed for photos.

Perhaps even more telling was the fact that although parents and students were troubled by the public branding, they refused to go on camera with NBC 10 Boston, who reported the story, for fear of retaliation from the school district.

“I’m just here because parents are afraid to speak up and they needed a voice and I understand,” Litchfield said.