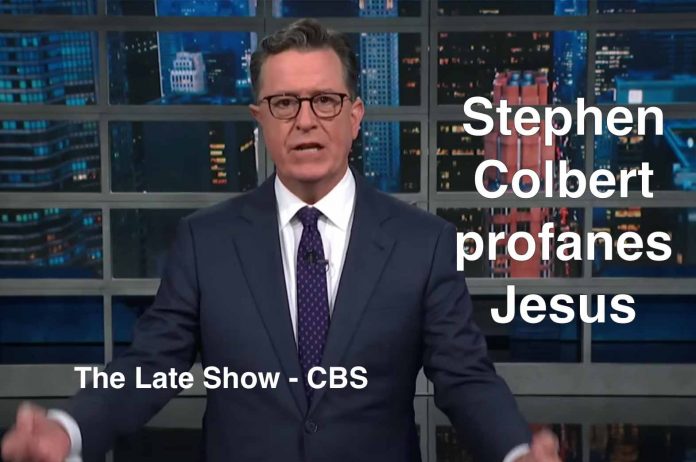 On Thursday, September 15, 2022, The Late Show host Stephen Colbert referred to Jesus as a “cuck.” Here starting at 2:13

Colbert made this disgusting comment because he was angry at Gov. Ron DeSantis for sending illegal immigrants to Martha’s Vineyard. Colbert told his audience, “Just like that cuck Jesus, send that guy a truckload of lepers, see how he likes it.”

Describing Jesus as a “cuck” is a blasphemous depiction of Christianity’s most beloved, holy, and revered figure. His followers hold him as the incarnation of God the Son.

This character assassination of Jesus Christ is unacceptable.

I join Martin Mawyer, president of Christian Action Network, in demanding CBS issue an acceptable apology for allowing one of its network programs to use PUBLIC AIRWAVES to assassinate the character of Jesus Christ.