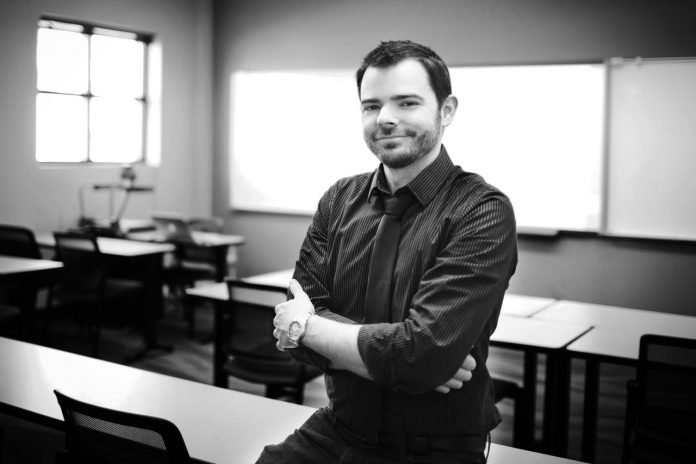 Did the Virgin Mary give consent before being impregnated by God?  Even if she wanted to object, how could she have possibly come up with the right words to resist an all-powerful God?

Giving consent would have been impossible for Mary under any situation, according to Dr. Eric Sprankle, a professor of psychology at the taxpayer-funded Minnesota State University.  How do you tell God “No”?

“The virgin birth story is about an all-knowing, all-powerful deity impregnating a human teen. There is no definition of consent that would include that scenario. Happy Holidays.”

To set the biblical record straight, the angel Gabriel not only informed Mary prior to her impregnation, but she gave consent.  (Luke 1:26-38) 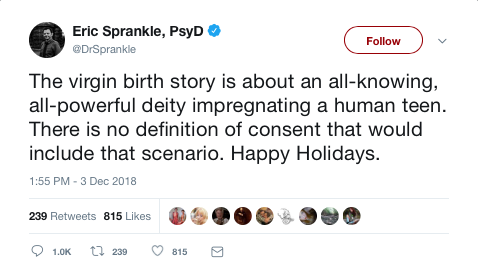 It’s difficult to determine the point of Dr. Sprankle’s offensive tweet, other than to offend Christians during the Christmas season.

But I wonder if he realizes that his remarks are also offensive to Muslims, who believe in the virgin birth of Jesus as well.

In the entire history of the world, no woman has been more famous, loved and cherished than Mary.  It was Eve that caused the first man to sin, Adam.  It was Mary that gave birth to the first man, Jesus, who could rid the world of the consequences of that sin.

Rather than being a sexual assault victim, Mary bears the highest honor of any female ever born.  She is the Mother of God.  No woman will ever top that honor.

She has God to thank, not blame.