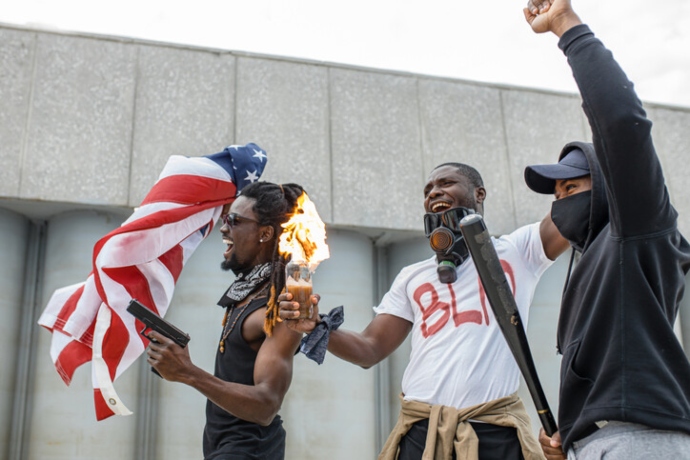 If Democratic politicians and the mainstream media are to be believed, Americans are sick and tired of their racist police forces and want them disbanded.

There are hints that the reality is much different.

A Rasmussen poll taken recently found overwhelming opposition to that narrative, according to Law Officer. Every defund-the-police initiative that has been pushed in the last year is unpopular. Some 66 percent of Americans think that the Black Lives Matter riots, comprising 574 violent clashes last summer in which more than 2,000 police officers were injured, should be investigated by Congress.

In comparison, 49 percent support Congress investigating of the Jan. 6th protest in which police shot an unarmed woman to death inside the U.S. Capitol.

The survey also directly contradicts the media’s incessant cries of racism among police. Some 65 percent of respondents disagreed with the Black Lives Matter claim that the American flag and the police-supporting “Thin Blue Line” flags are racist symbols.

Not surprisingly, support for investigating BLM riots was strong in cities that saw the worst leftist violence: Portland, Seattle and Minneapolis.

The National Police Association said that “When the mayors of cities in which violent riots took place in 2020 refused to let police immediately stop the crimes taking place, it sent a message to violent criminals across the nation that crimes will be allowed and criminals won’t be touched. For the last year violent crimes have increased nationally and the lack of support from politicians has resulted in the number of police officers declining into a short staffing recruitment and retention crisis.”