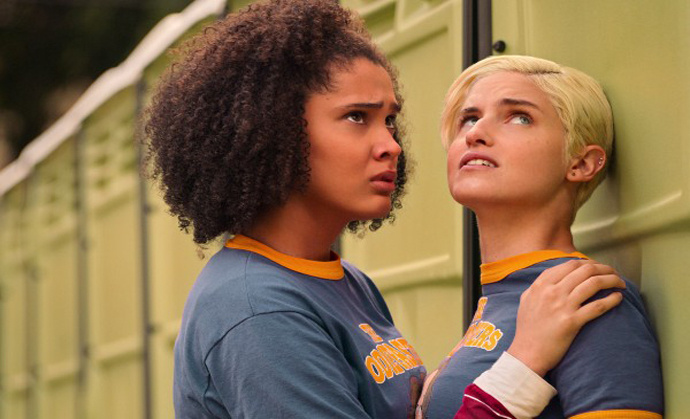 Not surprisingly, as public schools, government, media, corporate America and higher education all trumpet that you should be having sex with people of your own gender, television is parading more LGBTQ characters than ever before across the screen.

Interestingly, the largest LGBTQ group represented on television are lesbians, who may have the lowest “ick factor” of all the sexual deviants.

“Bloomberg Equality” reported on the Feb. 17 report from GLAAD, a group that advocates portraying the joys of sexual deviancy in the media.

Of 775 primary characters the report tallied on broadcast scripted primetime TV shows in the 2021-2022 season, some 12 percent are some form of homosexual, according to the report.

That’s an increase of 9 percent over last season, and the most since the group began tallying gay characters in 1996.

Lesbians characters led the pack at 40 percent, up from 34 percent the year before, the report said.

“The growing state of LGBTQ representation on television is a signal that Hollywood is truly starting to recognize the power of telling LGBTQ stories that audiences around the world connect with,” Sarah Kate Ellis, the chief executive officer of GLAAD, said in a statement. “At a time when anti-LGBTQ legislation and violence continues to increase, it is cultural institutions like television that take on the crucial role of changing hearts and minds through diverse and inclusive storytelling.”

“Anti-LGBTQ legislation” might refer to lawmakers listening to parents who do not want homosexual indoctrination in their children’s schools. More than 100 “educational gag order” bills have been introduced in the first six weeks of 2022.

Anti-LGBTQ violence might refer to the savage attack on actor Jussie Smollett, which in fact was invented by him.