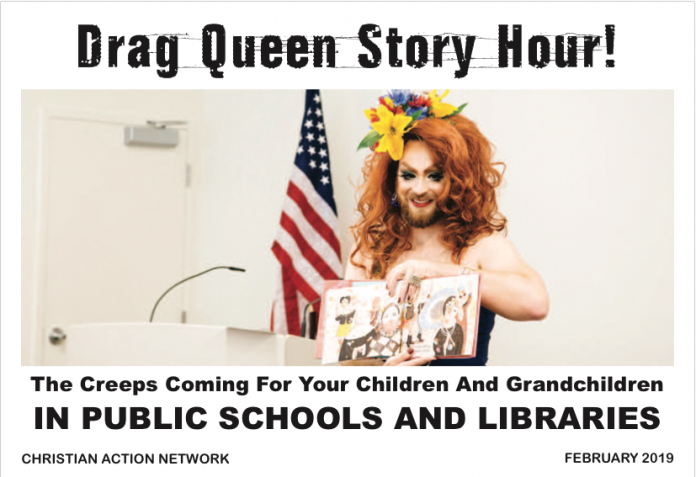 Homosexual activists are trying to target YOUR children and grandchildren in public libraries. They want to convince little boys, as young as two-years-old, to dress up as girls and become transsexuals!

The program is called “Drag Queen Story Hour” and they are shameful attempts by public libraries and homosexuals to destroy the youth of young boys.

These events are being promoted by the American Library Association and they are occurring in big liberal cities and small conservtive towns.

“Drag Queen Story Hour” is an event where men, outrageously dressed as women, come into public libraries and invite little kids to become girls: “Are you a girl or a boy?” these kids are asked. “Who wants to be a drag queen when you grow up?”

Children are then read homosexual “bedtime” stories. One story depicts Vice President Mike Pence as a stinkbug who is trying to stop his gay rabbit from marrying another homosexual rabbit.

Not content with focusing solely on local libraries, organizers are now promising to target public schools with their performances.