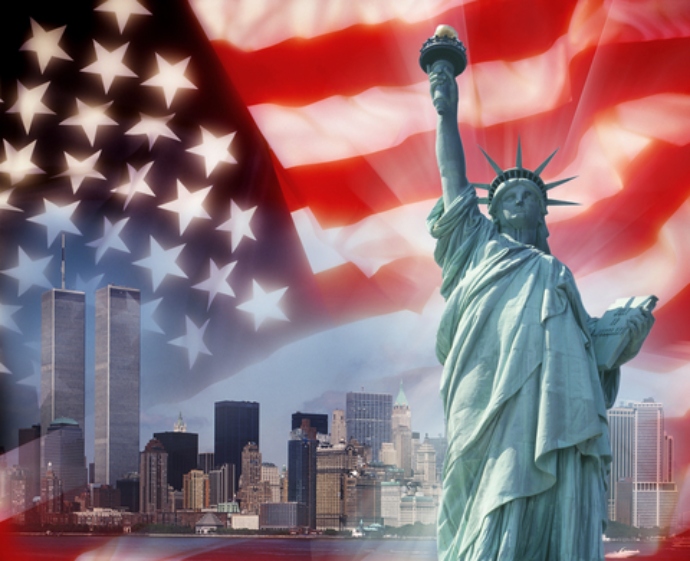 A writer at the Washington Post is carrying on the left’s peculiar war on statuary with a pompous denunciation of the Statue of Liberty, at the same time presuming to speak for nonwhite people – though he himself is white.

Lady Liberty is a “meaningless symbol of hypocrisy” due to America’s history of racism, sexism and anti-immigrant sentiment, according to the Post’s “art and architecture critic,” Philip Kennicott.

People of all races, male and female, and throngs of immigrants have achieved a standard of living in the United States on a scale that vastly exceeds any other nation on Earth.

But the Pulitzer Prize winner argued in a July 3 essay that the huge statue, a graceful symbol of American freedom that welcomed so many immigrants to New York Harbor, represents only “unfulfilled promises.”

The statue is irrelevant to Americans who aren’t white, lectured the white journalist, citing as proof the absence of any representations of it when he happened to visit a Chicano art exhibit at the Smithsonian Institution in Washington.

Kennicott’s article, awkwardly titled “Maybe it’s time to admit that the Statue of Liberty has never quite measured up,” was illustrated by an image of the New York landmark resting on a human fingertip.

“Familiar to some Americans as the flag, the statue is just as meaningless or foreign to others, a sign without significance, or worse, a symbol of hypocrisy or unfulfilled promises,” he preaches, going on to say that rather than representing freedom, the statue does the opposite because of America’s history of racism and sexism.

“If the statue has had any kind of stable meaning over its lifetime, it is not as a symbol of liberty, but as a symbol of the misuse of liberty — as a hollow promise, unequally distributed and limited in its application to certain groups.”