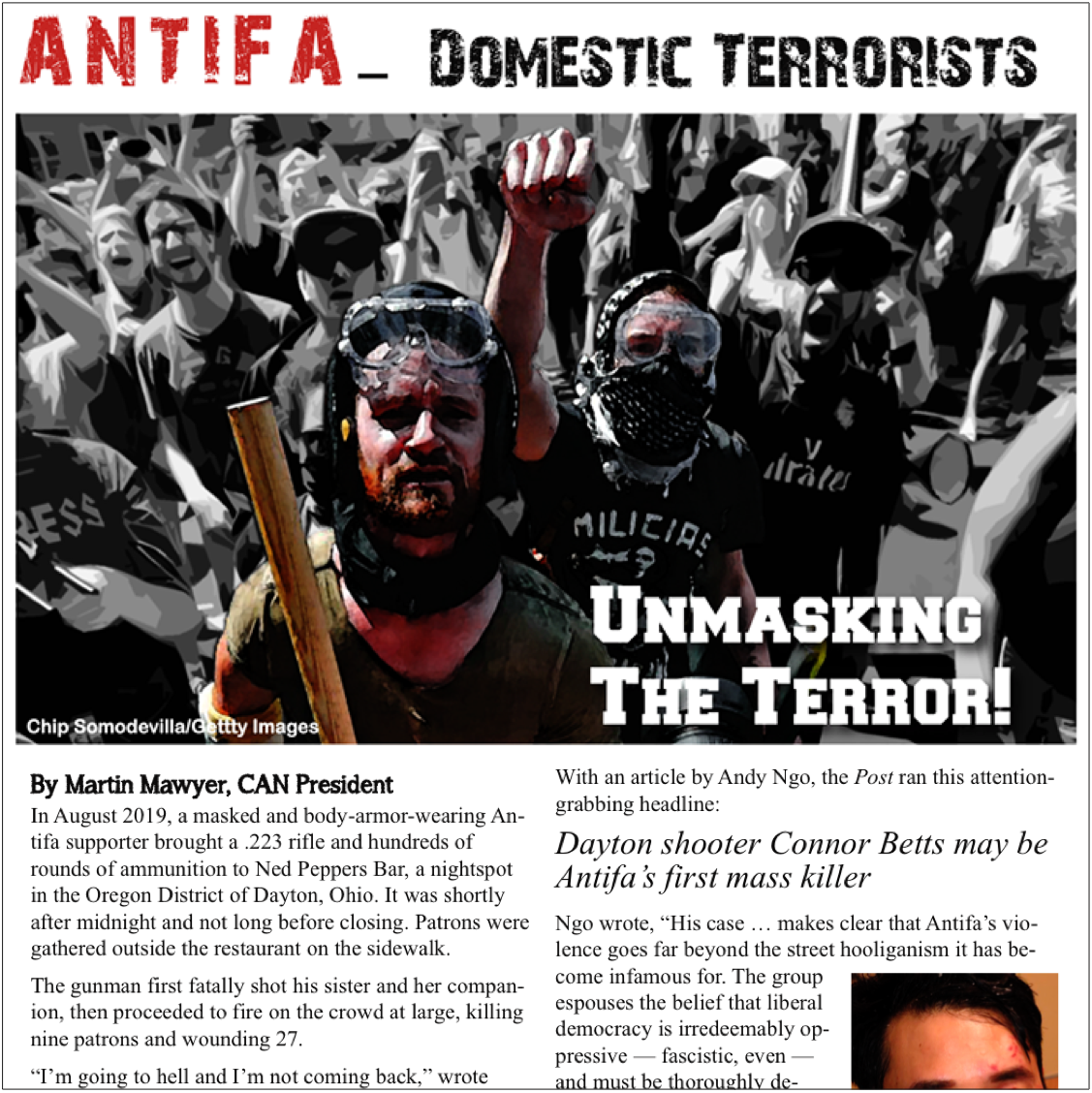 If the name Antifa is unfamiliar to you, then it is time to learn about an menacing and increasingly dangerous movement that is throwing bricks, punches and gasoline bombs right here in the United States of America. Christian Action Network has released an expose on this radical group who once opposed the Nazis, but now has become a brutal, thuggish catch-all for leftist rage and malice: Antifa.

Our eight-page newsletter, Antifa - Domestic Terrorists,details the history, objectives and violence of Antifa members in their efforts to shut down conservative opponents and suppress free speech through intimidation, threats, vandalism and outright physical violence. This newsletter will soon be sent to congressional offices, political insiders, law enforcement officials and concerned citizens across the United States.