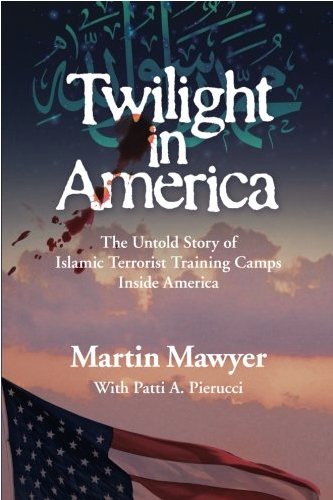 Islamic terrorist camps are scattered around America. Twilight in America exposes their locations, history and leaders. The book became an Amazon #1 bestseller when it was released and has been read and praised by law enforcement officials throughout the nation.

In this riveting book, “Twilight in America” exposes Islamic camps where Americans train for JIHAD!