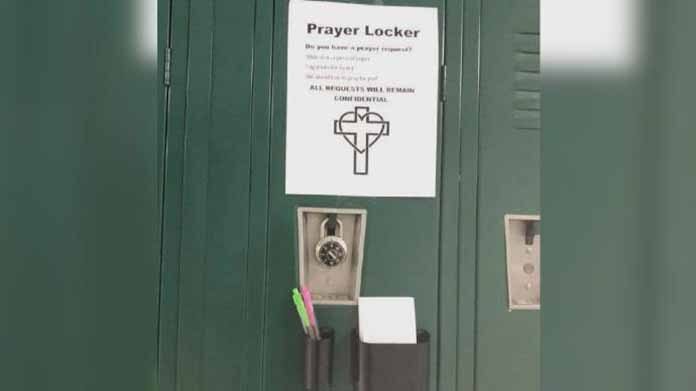 High school students in Pike County, Ky. are standing up for their beliefs after a Washington D.C. organization demanded that their school district disallow school lockers set aside and labeled for anonymous prayer requests.

After someone in the Pike Central High School community complained, causing the group Americans United for the Separation of Church and State to send a letter to the school district, prayer lockers were disallowed and removed from several schools.

Students aren’t taking it, however, saying they are not going to allow the government crackdown to silence their prayers.

Students have turned one locker into many, and held a revival to spread their message.

“Especially in today’s society, for teenagers, it’s not cool to stand up for Jesus. It’s not the norm. It’s not the thing that you do,” Newsome said. “And I think, by starting this, so many people are going to be able to have a voice.”

Those involved in the revival say it was their way of showing the community and their peers that they still plan to express their religious freedoms and pray for those in need.

“You know, the devil came in and took that away from us,” said East Ridge sophomore Zach Mason. “And when the devil takes stuff away, God’s gonna open another door for us.”

The students said the event was not so much a revival as a “revolution,” and that they are excited to see what comes next.

We must keep America a Christian nation!