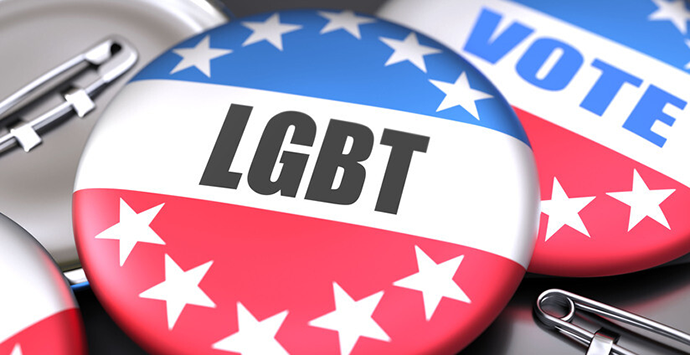 An attempt to reach out to homosexuals as a voting bloc has caused a rift in the Republican National Committee and has its chairwoman – niece of notorious never-Trumper Mitt Romney – scrambling to apologize to the more conservative side of the party.

RNC Chairwoman Ronna McDaniel sent an apologetic e-mail on Nov. 15 to the GOP’s 168 committee members, faulting her own communication over an initiative to recruit gay voters that stirred up the Christian evangelical base of the party. She had held a conference call with RNC members that gave talking points backing a new GOP Pride coalition but refusing to take questions.

McDaniel said the no-questions part was because hostile news media members may have dialed into the call, reports Just The News.

The call and email came after Just the News reported on Nov. 14 that several prominent RNC supporters — including evangelicals like Tony Perkins — and some committee members were concerned the gay voter initiative was launched without consultation and in partnership with the pro-gay Log Cabin Republicans group.

The new coalition was announced recently on the RNC’s web site with a declaration that “the GOP is the Party for all, we are the BIG TENT party!” A gala was held last week at former President Donald Trump’s Mar-a-Lago resort. McDaniel has also claimed the gay outreach was simply a continuation of President Trump’s 2020 campaign strategy toward gays and does not represent a potential change the party’s pro-family plank.

“Our newly formed GOP Pride Coalition is proud to partner with Log Cabin Republicans to invest in and mobilize Pride conservatives and allies across the country to elect Republicans up and down the ballot,” the RNC said. “Our GOP Pride Coalition champions the values that make our great Republican movement so strong — America First, individual freedoms, limited government interference, and equality for all.”

Perkins said he fears the outreach effort will water down the RNC’s conservative pro-family and pro-faith agenda and make it look even more like the Democrat Party.

McDaniel sought to assure supporters that “We would never, ever organize or communicate with organizations that undermine our values,” her email stated. “You have my word on that.”