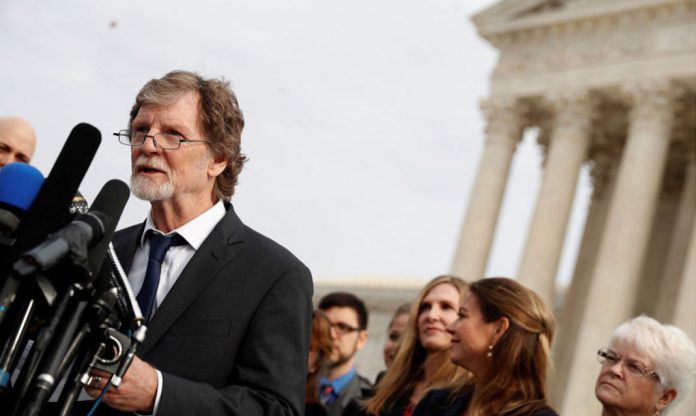 In a landmark ruling Monday, the U.S. Supreme Court castigated a state civil rights commission and ruled 7-2 that a baker’s religious beliefs were violated.

Jack Phillips, who the Supreme Court noted as “an expert baker,” refused on moral and religious grounds to design a cake for a gay couple for their wedding reception. His refusal triggered a cultural flash-fire.

On Monday, the highest court settled that flash-fire by ruling in favor of Mr. Phillips and his Masterpiece Cake Shop.

“This is huge, huge – huge, I mean huge,” said Martin Mawyer, president of Christian Action Network. “This ruling means Christians can not be ignored and disrespected. It really does work to our advantage to level the playing field going forward.”

Many in the mainstream media immediately attempted to downplay the 7-2 victory, with CNN saying the court was “deeply divided,” while CNBC reported, “Supreme Court rules narrowly for Coloardo baker.” Neither of which was true.

A Fox journalist who attended the case hearings in December had a decidedly different take of the ruling, saying on Monday, “This is a huge victory for conservatives.”

Joe St. George of Colorado’s Fox31 continued, “This is a huge victory for those who believe that religious rights in the case of gay issues should triumph. In the eyes of the U.S. Supreme Court, (Phillips) was right to say no to a Denver gay couple. This is a huge loss for gay rights, no question.”

The Alliance for the Defense of Freedom legal team represented Phillips. Their attorney, Kristen Waggoner, was jubilant on Monday.

“Government hostility toward people of faith has no place in our society, yet the state of Colorado was openly antagonistic toward Jack’s religious beliefs about marriage,” she said.

“The court was right to condemn that,” she added. This, “makes clear that the government must respect Jack’s beliefs about marriage.”

Justice Anthony M. Kennedy wrote the majority opinion and noted, “The Colorado Civil Rights Commission showed hostility toward the baker based on his religious beliefs. The commission’s hostility was inconsistent with the First Amendment guarantee that our laws be applied in a manner that is neutral toward religion.”

As part of Monday’s ruling, Justice Neal Gorsuch noted separately from the majority decision, “The Constitution protects not just popular religious exercises from the condemnation of civil authorities. It protects them all.”

Mawyer said one of the most significant parts of today’s Supreme Court ruling was where Justice Kennedy wrote:

“…government has no role in expressing or even suggesting whether the religious ground for Phillips’ conscience-based objection is legitimate or illegitimate. The inference here is thus that Phillips’ religious objection was not considered with the neutrality required by the Free Exercise Clause.”

Mawyer said he believe today’s court ruling will greatly impact and favor many other religious liberty cases that are now populating the courts.