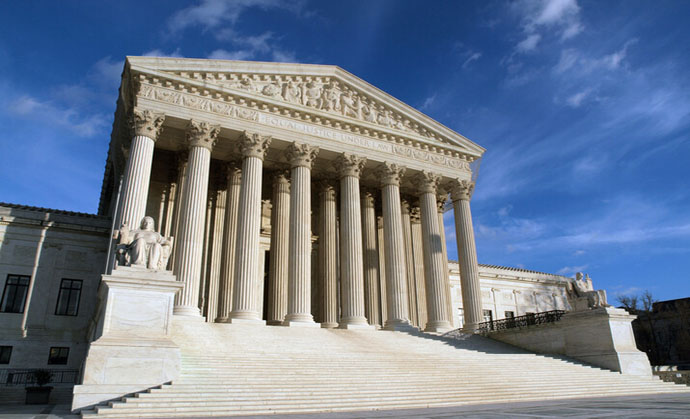 A woman trying to be a man by having her uterus surgically removed sued a Catholic hospital that declined to perform the procedure, and the Supreme Court has turned down an appeal from the hospital, reports NBC News.

The woman was able to schedule the surgery somewhere else, three days later, kind of like you can always get your gay-wedding cake made by someone else, but she still sued the Catholic hospital for not supporting her dream of achieving manhood by getting a hysterectomy.

The woman, who calls herself Evan Minton, set up the hysterectomy with Mercy San Juan Medical Center in Sacramento, Calif. After a hospital representative called to discuss the surgery, and it came out that Minton was undergoing it to become male or at least less female, the hospital backed out. Minton sued.

The Supreme Court on Nov. 1 turned down the Catholic hospital’s appeal without comment. This sends the lawsuit back to state court and avoids, for now, the issue of when religious freedom can supersede anti-discrimination laws.

The lawsuit claimed the hospital violated a state law guaranteeing full and equal access to public accommodations regardless of sex, gender, gender identity, or gender expression.

The hospital said it does not discriminate against transgender people but refuses to perform procedures, like abortion or sterilization, that violate the Roman Catholic faith. Minton maintained that the hospital routinely did hysterectomies and canceled hers only after learning she wanted to pretend to be a man.