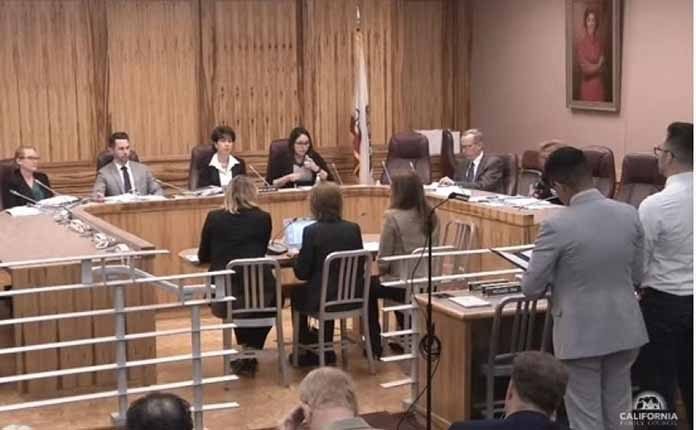 LifeSite. SACRAMENTO, California – An elementary school teacher packed a powerful punch in a two-minute testimony last month against a proposed law that would require teachers to affirm homosexual, lesbian, and transgender students.

Speaking before the panel of liberal California politicians, Rachel Olsen – a 20-year veteran of the school system – referred to training she had recently received from a program run by a contractor, Queerly Elementary.

“I was told to use preferred pronouns to address students, to stop referring to students by their biological genders as boys and girls, and to teach sexual orientation and various gender identities,” said Olsen.

The purpose of the training being given is to “seek to coerce teachers and students to accept and express ideas about gender and gender identity that may violate their individual beliefs and consciences,” said Olsen, “especially those who subscribe to the gender binary, which is rooted in objective biology as opposed to subjective thoughts or feelings.”

“Biology is not bigotry,” declared the first-grade teacher.