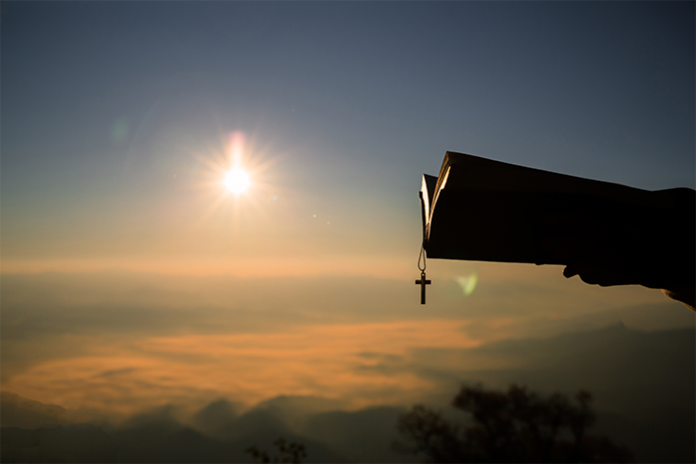 “Nothing is more dreaded than the national government meddling with religion.” – John Adams, Letter to Benjamin Rush

“To those who cite the First Amendment as reason for excluding God from more and more of our institutions and everyday life, may I just say: The First Amendment of the Constitution was not written to protect the people of this country from religious values; it was written to protect religious values from government tyranny.” – Ronald Reagan, Address to Alabama State Legislature

Those who believe in the God of Abraham are under assault in America. In 2021 there was a record-breaking 360 million Christians persecuted globally.

In 2021, almost 6,000 Christians were killed due to their religion. The number increased by 24 percent compared to the previous year, when less than 5,000 cases were recorded. Eight out of ten Christians killed were from Nigeria.

The number of closed, attacked, or destroyed churches has also increased by more than 600 cases. According to the organization, the number of detained Christians for religious reasons increased by 44%.

Today, Islam and Islamists are more protected in America than Christians and Jews. Anyone criticizing Islam is labeled Islamophobic, yet no one who criticizes Christianity is a labeled Chritianphobic. Why is that?

Does the First Amendment only pertain to non-Christians? Is not freedom of religious beliefs only apply to Muslims but not to Jews and Christian?

Why are so many Christians and Jews persecuted in Muslim majority countries?

Who is helping protect our religious liberties?

Join a robust coalition of like-minded ministry leaders from all around the United States who are standing for religious liberty and freedom.

It is time that ministry leaders take a stand from their pulpits to defend religious liberty. Ask your church leader is they have joined the Religious Liberty Coalition. If they have not ask them to do so. Tell your fellow Christians and Jewish leaders to do the same.

When our Founding Fathers passed the First Amendment, they sought to protect churches from government interference. They never intended to construct a wall of hostility between government and the concept of religious belief itself.

If our religious liberties are lost then everything is lost. Destroy the First Amendment then all other amendments of the U.S. Constitution become null and voided by government.