The theme song from the hit television series M*A*S*H*, called “Suicide is Painless,” has a title that is quietly becoming a global reality, and a fashionable choice to boot.

Understandably, few want to suffer the pain or terror of a self-inflicted extinction.

Jumping off a building? Too scary. Putting a gun to your head? Too messy. Stepping in front of a locomotive? Too brutal. Swallowing a bottle of sleeping pills? Too lonely.

Thanks to the death culture, however, relief is already here.

No longer does ending one’s life have to be a messy, scary, brutal, or lonely prospect. The way things are headed, it soon may not even be one’s personal responsibility.

Doctor-assisted, state-assisted, and insurance-assisted suicide is trending in America.

If they could encapsulate the practice into a slogan, it might go:

“Death on your terms and how you want it. The Grim Reaper can go to hell.”

Planning suicide can now be a family event. Lie in a comfortable bed. Dress in your Sunday best without the worry of getting anything soiled. And don’t bother writing a suicide note. Loved ones can be at your side to hear those final parting words.

Normally I skip over news articles about suicides, whether medically induced or do-it-yourself. The daily news is distressing enough without having to read how others commit the unimaginable act because their lives are no longer bearable.

Recently a flood of news coverage has caught my attention, however, pulling me into the murky, odious world of people who believe, or have been led to believe, that death is a better option than confronting another day of hurt and pain.

A suicide bombing that led to a suicide

Shanti De Corte was just 17 years old when ISIS terrorists detonated a bomb that killed 32 people at Brussels Airport in 2016 as she waited to board a flight.

Though she survived the horrific event, Shanti immediately suffered from depression and other mental distress. Survivor’s guilt, some say; PTSD, say others. For years she tried to relieve her anguish. She was treated with antidepressants and psychotherapy, and her parents, Peter and Marielle, never stopped trying to comfort her.

But the explosion had left her mentally tormented. During a trip to Paris with her parents, she refused to leave her hotel room. When fireworks started going off to mark Bastille Day, she had a panic attack.

“She tried very hard to keep going,” her mother said. “The attack really broke her. She was never the same after it.”

On two separate occasions, Shanti tried to kill herself.

Six years after the ISIS attack, before she had even turned 24, she decided to take advantage of Belgium’s liberal doctor-assisted suicide laws.

With her parents at her bedside, Shanti said goodbye and was euthanized.

In a final Facebook posting, she wrote: “It was a life of laughter and tears, until the last day. I loved, and I was allowed to know what true love is. I’m leaving in peace. Know that I already miss you.”

In Canada, over 10,000 citizens were euthanized in 2021 through that country’s Medical Assistance in Dying (MAID) program.

The country is now considering whether “mature minors” have the same right as adults to end their lives, with the atrocity motivated by nothing more than the inability to pay rent, buy food, or afford medication.

Amir Farsoud, 54, applied to undergo doctor-assisted suicide in Canada after his rooming house was put on the market.

When physically disabled Christine Gauthier requested medical assistance to purchase a chair lift to help navigate her stairs, a Veterans Affairs caseworker in Canada offered her the choice of death instead.

“Madam, if you are really so desperate, we can give you medical assistance in dying now,” Christine said she was told.

“I was like, ‘I can’t believe that you will give me an injection to help me die, but you will not give me the tools I need to help me live,” she said.

In the United States, nine states and the District of Columbia now offer doctor-assisted suicide, with Oregon having the nation’s most liberal law legalizing euthanasia.

Some 2,159 people have opted to be euthanized under Oregon’s Death with Dignity Act since the law was enacted in 1997. Only those individuals expected to die within six months may qualify, but Oregon allows Americans living in any state to apply.

But, as in Canada, the push to convince the terminally ill that suicide is a better medical option than expensive pharmaceutical treatment is also being felt in the Beaver State.

In 2008, Barbara Wagner had lung cancer. She sought a drug from Medicaid that could prolong her life but would cost $4,000 a month. Medicaid declined. Her Oregon Health Plan, however, offered to provide her with suicide drugs at the cost of just $50. What savings!

In Nevada, physician Brian Callister tried to transfer two patients to California and Oregon for treatments that couldn’t be performed in the Sagebrush State.

“In both cases, the insurance medical director said to me, ‘Brian, we’re not going to cover that procedure or the transfer, but would you consider assisted suicide?” Callister testified. 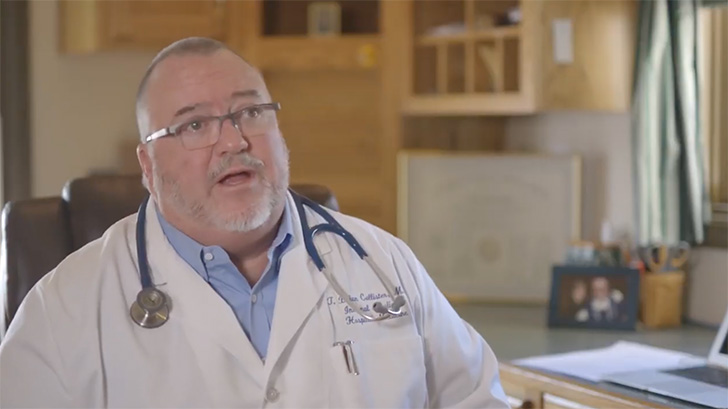 A similar story is told by Randy Stroup of Dexter, Ore., reported Fox News. Stroup also wanted a drug to treat his lung cancer. Unfortunately, the Oregon Health Plan, as in Barbara Wagner’s case, declined to help pay for it.

He, too, got a letter from the state offering to pay for the cost of physician-assisted suicide.

“It dropped my chin to the floor,” Stroup said. “How could they not pay for something that would help my life and yet offer to pay to end my life?”

In early December, Andrea Peyser wrote an article in the New York Post relating the story of Stephanie Packer, a California mom diagnosed with terminal scleroderma. The health provider refused to pay for life-prolonging chemotherapy but instead offered her a suicide drug with a copayment of just $1.20.

“My jaw dropped,” said Stephanie at the revelation that healthcare providers will offer to help kill patients so that they can reap the savings.

When Stephanie threatened to go public with her story, the health provider agreed to pay for the chemo. She lives to this day to tell of the ordeal.

The campaign to end ‘life without dignity’

Mockery and scorn are how liberals argue.

If society fears we are just a few steps away from doctors being forced to push suicide on their “undignified” patients, they can stop fearing.

In New Mexico, doctors are already being ordered to offer terminally ill patients the option of dying rather than seeking life-sustaining medical care.

Under penalty of law, doctors must recommend suicide or risk hefty fines and the loss of their medical licenses. Religious or moral conscience exemptions are not available and were excluded from the Elizabeth Whitefield End-of-Life Act when it was passed on April 8, 2021.

Just days before Christmas, a group of Christian doctors filed a lawsuit against the state of New Mexico, saying the law violates their religious convictions. They are represented by the religious-liberty law firm Alliance for Defending Freedom, whose Senior Counsel Mark Lippelman told Breitbart News, “New Mexico is unlawfully compelling physicians to speak a certain message about assisted suicide, even if they object for reasons of conscience or faith.”

Only a generation ago, “suicide” and “euthanasia” were shocking words, referring to acts not only frowned upon by virtually the entire world but regarded as cowardly, desperate, and unholy, whether state-sponsored or committed by the individual.

The act of self-murder was so widely detested that a new phrase had to be created to turn it into something more palatable and digestible. It was rebranded and repackaged as “death with dignity.”

The new phraseology struck Orwellian gold. Who wouldn’t want to die with dignity? Ask anyone.

But a blood trail is now visible, leading from “death with dignity” to a new doublespeak: “living with dignity.”

Are the mentally tormented living a life of dignity? How about homeless vagrants? What about the elderly couple who might need a stair lift? Are the wretched ill who can’t afford medication living a dignified life?

Who will decide? Will states ultimately form panels to help persuade and even coerce people into ending their newly “undignified” lives?

Canada has a national Death With Dignity Board with chapters in eleven provinces and territories. “Unwanted suffering is wrong,” says the Canadian death squad.

Except: What exactly is “suffering”? Well, here are just a few good reasons people might want to kill themselves, according to Canada’s Death with Dignity website:

It’s all voluntary for now.

Only how long will it be before people more kind, educated, and wise than you will be compassionately making the decision for you?