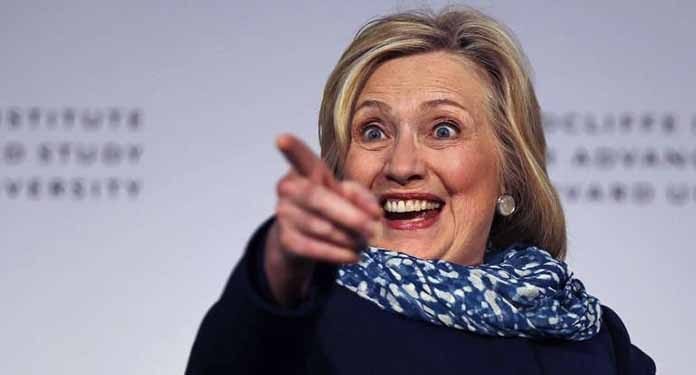 In basically a continuation of the long discredited “Russian Collusion” HOAX that Democrats concocted about President Trump – when it is being proven that the Obama administration, Democrats and Hillary Clinton actually colluded with foreign powers to interfere in our election to discredit Trump…

… now Democrats have fabricated their latest HOAX alleging that the president pressured Ukraine leaders “to interfere in our election and withheld foreign aid until they did so” – all LIES.

President Trump, acting under the “Treaty on Mutual Legal Assistance” with Ukraine signed into law by President Bill Clinton, simply sought the help of Ukraine officials in the matter of any officials involved in corruption, including former Vice President Joe Biden and his son Hunter.

Joe Biden joked publicly about doing this – and is on vide saying so.

Hunter Biden was essentially “selling access” to the Obama Administration – similar to what Hillary Clinton was doing as Secretary of State. He got rich to the tune of millions.

According to some reports — from 1999-2014 Ukraine interests donated more money to the Clinton Foundation (similar to what Russian interests did leading up the 2016 election…) than any other foreign country.

THAT makes things a little clearer!

Democrats allege that President Trump used his high office to request that Ukraine officials dig up dirt on a potential political opponent… to demand they prosecute any corruption… and threatened to withhold foreign aid if they didn’t.

All of which is NOT true for Trump.

But ALL that is exactly what Former Vice President did to get his son Hunter million-dollar deals… and then threaten to withhold foreign aid if he was investigated for corruption… which is alll on public record and in video.