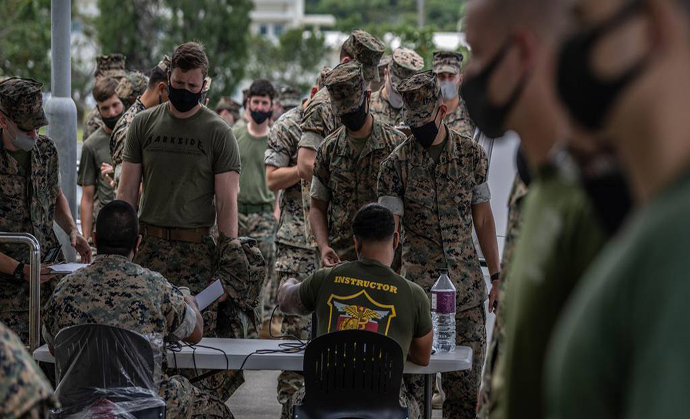 The COVID virus is now being used to weaken and divide the U.S. Marine Corps, with Marines claiming in a new report that they are being “crushed” by the COVID-19 vaccine requirements of the Department of Defense.

The Corps’ “best and brightest” are being forced out by arbitrary decrees having to do with the disease and its so-called vaccines, which apparently give recipients so little protection that the unvaccinated are being treated as toxic outlaws. This is according to several active-duty Marines who spoke on Dec. 29 to FOX News.

A lieutenant colonel who appeared said the Pentagon is trying to discharge members “as fast as they can and as brutally as they can, damaging every Marine as much as they can on the way out.”

The same officer described being warned by a colonel: “Tread very carefully; this is political, you will be crushed like an ant.”

A Marine major with nearly two decades of active service called vaccine mandates “an unconstitutional edict” and “a political purge.”

One master sergeant alleged: “The louder I speak, the tighter the screws are turned against me.”

As of last week some 169 Marines had been discharged for refusing to get vaccinated. Corps members had until Nov. 28 to get at least one COVID-19 vaccine dose unless they filed for an exemption. In late November the corps reported that 5 percent of its 180,000-strong active-duty force were unvaccinated by the deadline, totaling approximately 9,000.

As of Dec. 23, 3,192 religious exemptions had been requested and 3,080 have been processed and denied, Marine Corps spokesman Capt. Ryan Bruce told The Post.