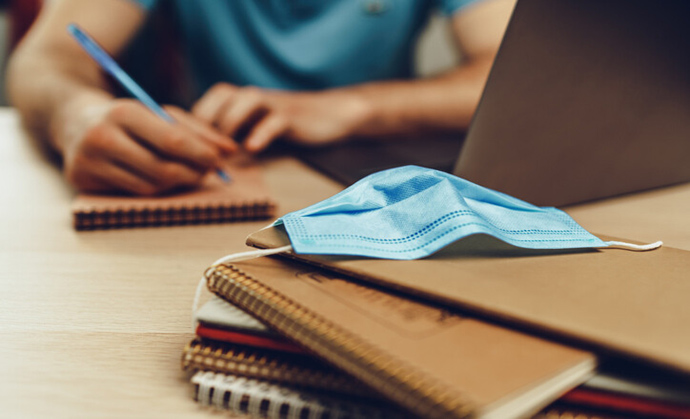 Of all groups in society, it could be argued, teenagers are the most in need of social interaction. Whether it is playing on sports teams, attending school, being with friend groups or dating, the teen years are a time of intense social interaction with lifelong effects.

CBS News reporter Jan Crawford is now reporting on the “the crushing impact” of reckless, possibly ineffective COVID-19 lockdowns and masking on the young, including a drastically higher risk of suicide among teens.

Crawford called it “the greatest underreported story of the past year” on the Dec. 26 edition of “Face the Nation.”

The bitter irony is that a healthy teen has about a one in a million chance of dying from COVID.

“And now we have the surgeon general saying there’s a mental health crisis among our kids. The risk of suicide attempts among girls now up 51 percent this year, [and] black kids [are] nearly twice as likely as white kids to die by suicide,” Crawford said.

Suicide rates among youths 12-17 had begun to rise by May 2020, the third month of the nation’s COVID-19 lockdowns. Girls were particularly vulnerable, according to the CDC.

Mental health issues and child abuse also skyrocketed, with reported anxiety and depression nearly quadrupling during 2020, according to the U.S. Census Bureau. Child abuse tripled in March-September 2020 over the previous year, according to a study published this fall.

U.S. Surgeon General Vivek Murthy also expressed alarm at a rising suicide rate among young people, and curiously he did it on the same day, even though the Biden administration that appointed him has continued to push punishing lockdowns and mask mandates.

Speaking on CNN’s State of the Nation on Sunday, Murthy said: ‘I’m so concerned about our children because there is an epidemic, if you will, of mental health challenges that they’ve been facing, and it’s partly because of the pandemic.”